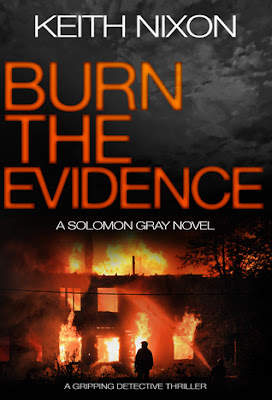 Mixing business with family can be a murderous affair ...

A body washes up on the beach near Ramsgate in the South of England. For DS Solomon Gray, the case appears cut and dried—a drowning. An immigrant. Another victim to the sea in his desperate attempt to reach the UK.

As the tidewaters recede, two more corpses surface. One appears to be a refugee, stabbed to death. The other, Gray recognises immediately. Regan Armitage: son of business tycoon Jake Armitage. Gray knows this means trouble.

A post mortem reveals ligature marks on Regan's wrists. Drugs in his bloodstream. All signs indicate murder. Armitage swears to track down his son's killer and avenge his death.

Gray's investigation points to a deadly fire ten years prior, and soon Armitage comes under suspicion. But DS Gray knows what it's like to lose a child and puts aside his distrust of Armitage to help.

How are the dead men connected to each other—and to the infamous fire?

It's then that Gray gets another tip on the whereabouts of his own missing son, Tom...

Burn the Evidence is the second book in a series featuring Detective Sergeant Solomon Gray. The crime series is perfect for fans of Ian Rankin, Stuart MacBride, and Peter James.

Another encounter with Nixon's Solomon Gray on the Kent coastline and another read with murders to be solved, while at the same time touching on some topical issues of the day.

Dead bodies on a beach - drownings maybe, only one of the bodies has been stabbed. One victim is the son of a local criminal turned businessman and and old friend from way back when of Gray's. The others - refugees-cum-illegal immigrants. A quick sweep of the area, indicates someone survived the encounter and is on the loose - witness, potential victim or perpetrator?

Lots to like, the same police team as before in Dig Two Graves, the same frictions. Gray still has the shadow of his son's loss hanging over him and while it distracts him temporarily during the investigation it's a minor chord in the background which doesn't detract from the main narrative.

It's another shortish book and none the worse for that. We spend a bit of time in the company of the surviving refugee and we see a snapshot of his life..... loss, pain, separation, sacrifice and bereavement which gives pause for thought. (Maybe not if you're Katie Hopkins, but anyone else with a beating heart and an ounce of humanity.) 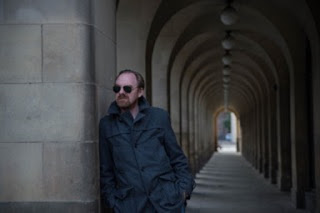 Dig Two Graves was reviewed here. The third in the series - Beg For Mercy drops in June.