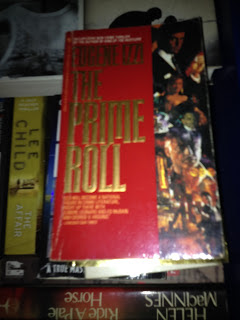 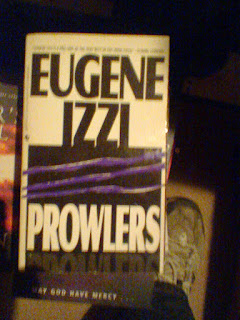 After my late 80s - early 90s conversion to crime fiction, Eugene Izzi was one of the first authors I discovered in the pre-internet days. I think I read his book The Take and was blown away.

I think I found a couple more of his books published in the UK, but I had to get my fix of his US- only books from the Murder One shop on Charing Cross Road in London.

Izzi went on the write nearly 20 books in all, some published under the moniker of Nick Gaitano. The ones I read were mostly tough guy, mob wannabee type tales set in Chicago.

He died in 1996 - suspiciously - suicide or something sinister - who knows. See here for one report. 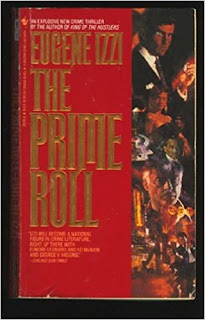 Chicago gambler Juliano (Lano) Branka is on a lucky streak, a once-in-a-lifetime ''prime roll'' with all the breaks going his way. But Lano defies Mafia big shot Tough Tony, and Lano's ''uncle'' Artie the Arm, sends Lano to Atlantic City until Artie can settle Tony's hash with capo di capi Mad Mike. (Another hood is named Tommy the Tomato.) Top Atlantic City mobster Angelo Briari is suspiciously cordial to Lano, who fears a setup, possibly for the rub-out of an A.C. union head. Meanwhile, the murdered union chief's brother, a police detective from Ohio, blows into town bent on vengeance. Izzi (The Take) keeps the pot boiling up to the jarring and sentimental ending. But Lano, 28 going on 16, is not an empathetic figure; he's too concerned with his image and impossibly late in realizing his compulsiveness. 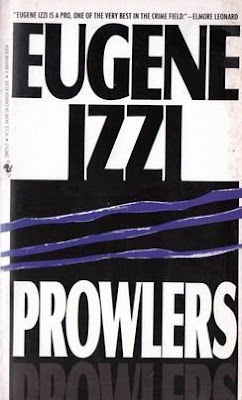 The Chicago underworld shines in a lurid, hard-boiled light, in what may be Izzi's ( Invasions ) most dynamic performance to date. Scant honor but plenty of heart can be found among the ex-cons, mobsters, street punks and white-collar sharks who make up the well-drawn cast. On his release from prison, after taking the rap for powerful money-launderer Darrin Favore, B & E ace Catfeet Millard learns that the mob chief--vindictive because Catfeet has fathered a child by the only woman Favore can't lure into his bed--has kept the meter running on his loan to Catfeet of 28 grand. Enraged and apprehensive, Catfeet enlists the aid of his adopted son, an Ivy League ex-con; Favore summons his cheerily sadistic nephew; and the moves and countermoves begin. Their mutual love interest, Catfeet's mistress and Favore's secretary, a wonderfully realized, tough but openhearted black woman named Femal (her illiterate mother was confused by the birth certificate) adds abundant warmth to the tale. Further perspective on the grisly infighting is provided by Dick Baldane, an upright, uptight cop picking his dismayed way through police brutality and racism. Izzi hits the big time here.

Library Journal
Former Edgar-nominee Izzi offers yet another fast-paced tale of crime in Chicago. Robert ''Catfeet'' Millard, a ''prowler,'' or topnotch thief, went to jail rather than squeal on a mob gambling chief to whom he owed $22,000. Now out of jail, Catfeet finds that his tab to the mob is up to $3 million. To get out of this impossible situation, Catfeet must either outwit the mob or die. His task is complicated by his relationships with several of the other characters, including Femal, the beautiful black woman who works for the wiseguy trying to collect from Catfeet. Izzi's Chicago is a frightening, harsh place, peopled by few characters one can care about. Izzi knows how to tell a story, though, and readers won't be able to resist being drawn into his rough and threatening world. Elmore Leonard fans take note--Izzi's moving in. Recommended for large fiction or crime fiction collections.-- Dean James, Houston Acad. of Medicine/Texas Medical Ctr. Lib.