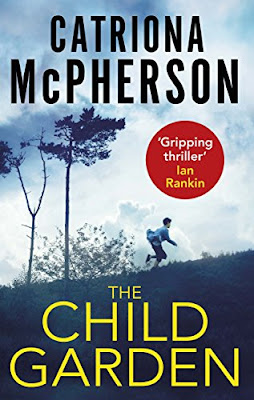 A long-lost friend is a stranger you think you know

Eden was its name. "An alternative school for happy children," said the brochure. "A load of hippies running wild in the woods," said the locals. After a suicide it closed its doors and the children scattered.

Thirty years later, it's a care home; its grounds neglected and overgrown, its only neighbour Gloria Harkness, who acts as tenant-caretaker in a rundown farmhouse to be close to her son. Nicky lives in the home, lighting up Gloria's life and breaking her heart every day.

Nicky and a ragbag of animals aren't enough to keep loneliness at bay, and when Gloria's childhood friend and secret sweetheart, Stephen "Stig" Tarrant, turns up at her door one night, all she can see is the boy she knew. She lets him in.

When the children of Eden were sent out into the world they took a secret with them. And someone is making sure they take it to the grave.

Initially a stop-start kind of read for me, read 30 pages in October then stopped. Left it a month, restarted at the beginning, read 40 pages, put it aside then picked it back up at the end of January. All of which might lead you to believe I didn’t really enjoy it. Quash that notion, as once I got into it properly, I enjoyed the story and mystery, more so than the characters.

Events of the past - a child’s death at a hippy-style, knit your own yoghurt while hugging a tree school – resurface in the present day. One of the children involved twenty-eight years ago, Stephen turns up at the remote dwelling of Gloria on a dark, filthy night in rural Scotland.

Gloria wasn’t involved in the incident years ago, but in spite of a few issues of her own, she decides to help Stephen. Gloria’s troubles revolve around her severely disabled son, Nicky. Nicky is housed up the road at a care home, the site of the former hippy school. Gloria is constantly fearful of his continued welfare particularly in the future, should Miss Drumm, another resident at the home and her benefactor of sorts pass on. She’s on her own. Her former husband, Duggie had difficulty accepting Nicky’s condition and the marriage didn’t survive.

Stephen has been in contact with another former pupil at the school, April Cowan and is due to meet up with her. With Gloria in tow they descend on the meeting place and discover April’s corpse. Panicking they flee and don’t inform the police. When Gloria returns later, the body has been moved and Stephen is soon named as the prime suspect in April’s murder.

Who is trying to set up Stephen and why? Gloria, while Stephen plays house, starts trying to track down the former pupils in an effort to understand what is going on.

Amateur sleuthing, loneliness, issues of trust, concern for family, a bit of an adventure, secrets, more deaths (mainly historic) involving the former pupils of the school, and a solution.

Our main character, Gloria was a surprise. Initially I had the impression she was timid and insular, but as the story progressed she became more confident and assertive, not above a bit of subterfuge and deception in an effort to get some answers, and a lot less of a shrinking violet than I expected. 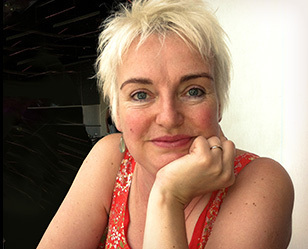 Enjoyable in the main, though I kind of found the whole raison d’etre for events a tad of a stretch. The author did have me guessing as to the identity of our guilty party, I had two candidates penciled in along the way, but was hopelessly wrong-footed.

Scottish author, Catriona McPherson has written the Dandy Gilver series of historical mysteries, as well as about six standalone novels. Her website is here.