QUESTIONS AND ANSWERS WITH CATRIONA McPHERSON 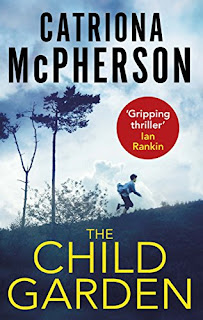 Catriona McPherson, author of The Child Garden - on the blog yesterday - and the Dandy Gilver historical mystery series was kind enough to humour me when I sent her some questions on her reading and writing habits. 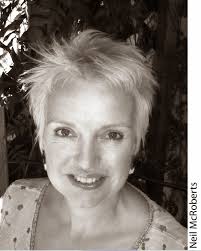 I’m guessing the writing is full-time? What were you in your pre-writing life?

I was a university lecturer. Loved the subject (linguistics) and the students were a blast but I couldn't hack the politics of university life.

What’s been the most satisfying moment of you writing career so far?

Holding the very first copy of my very first book in my hands felt pretty great. And every other copy of every book since has been much the same. Opening it up and seeing those words I wrote and rewrote makes my heart flip just a wee bit.

2000 words a day every day until the first draft is done. It's great to be able to do that in the morning and then do all the other things  - email, edits of the last book, blogs etc - in the afternoon, but sometimes the 2K gets pushed back and back and then I have to go to a coffeeshop without wifi and without my phone and just sit there till it's done.

Not usually, but Miss Drumm in THE CHILD GARDEN is based on my late and beloved step-grandmother-in-law, Laura. She was a splendid old trout and I miss her. Writing her was a  good way to visit her again.

I’ve looked up your books and you’ve 11 published Dandy Gilver series books and 5 standalone novels to your name, is Dandy going to be with readers for the considerable future, or do you see yourself moving away from her and focussing more on individual novels or perhaps a new series?

That's a good question. How do you know when a series is done? I'm hoping that I'll recognise the moment when it comes. I know I've got an idea for Dandy Gilver that takes place in 1936, in Galloway, and I know what the last book will be too.

How long does a book usually take from conception to completion?

An idea might be bobbing around for years before it bumps into another idea and turns into a book idea. Then the first draft takes ten weeks of writing - with some days of long walks, fretting and talking to myself. If there are too many fretting days in a row it gets a bit scary but there's always a solution up the next hill or round the next bend. When the first draft is done, I leave it for a few weeks, then read it through and make notes. That's a week. 2nd draft. A fortnight. Leave it. Read it. 3rd draft. Leave it . . . It's like making bread. It takes a lot of time but not all of it is *my* time. The book (or bread) needs its own time too.

You've probably guessed from the last answer, but I'm a total seat-of-the-pantser. Hence all the long walks and fretting. And the re-drafting. It's not efficient but it's the only way I know.

I don't think so. There are subjects I'm not interested in or not knowledgeable enough about  - anything very technological, for instance - but if a story pops up, you kind of have to write it.

There was for fifteen years. The first thing I ever wrote got 40 rejections before I put it away. when I looked at it again after 12 of those years, I was horrified by the over-writing and clunkiness. But I still loved the characters and wanted to do a better job by them. so I re-wrote it and it came out (US only so far) last year.

Hmmmmmm. I'm not sure "proud" is the right word, but I've got a soft spot for THE CHILD GARDEN. It's set in the house I lived in for ten years before I left Galloway to move to California, and it helped me get over my homesickness. Also, just when I was starting it, my oldest sister died - very unexpectedly and, for her family, unbelievably, unbearably - and I worked through the first six months of grief while I was writing this book. And it really is work, as anyone who's done it will know. I was a long way from my family and it was Gloria who held my hand. 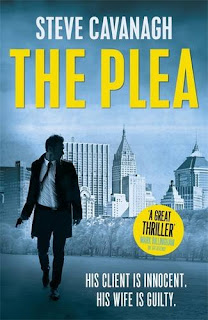 Now, this isn't going to be a very varied answer, because I've been  preparing to interview Craig Robertson, as international guest of honour at Bouchercon (US crimewriting convention) in New Orleans, but honestly: RANDOM by Craig Robertson; IN PLACE OF DEATH by Craig Robertson, THE DAUGHTER OF TIME by Josephine Tey (I heard her biographer interviewed by Val McDermid at Bloody Scotland last week and reckoned I was the only one in an audience of 300 that hadn't read this, so I bought it at the airport and read it on the plane); the first 60 pages of MURDERABILIA by Craig Robertson (I only got it last night and the interview's tomorrow); and before that . . . it was . . . Oh yes! I've remembered. THE PLEA by Steve Cavanagh, because I was moderating a panel he was on, at Bloody Scotland (UK crimewriting festival). This is the life of a writer. You don't get to choose what you read. But every one of these books was absolutely marvellous. (I love my job.) 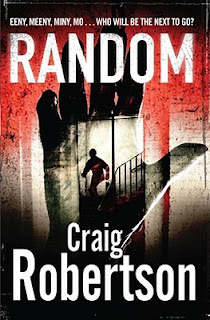 Four weeks every year I *do* read exactly what I want, with no expectation that I'm going to write a cover quote, do an interview or chair a panel. Christmas hols and summer hols I just wallow. And the books I save up for those weeks? Stephen King, Charlaine Harris, Kate Atkinson, Joyce Carol Oates, Mark Haddon, Val McDermid, Lisa Scottoline . . . 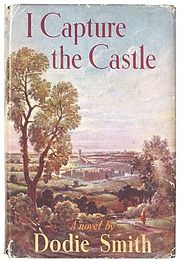 I wish I had written I CAPTURE THE CASTLE by Dodie Smith. It's just a perfect book to me.

Reading! After that, gardening and cooking what I've grown, especially cooking it for a long lazy table of friends who'll sit and yak for eight hours until the sun goes down (or comes up).

You have caught me at a very strange moment. I am not writing anything. I handed a book in July and another one two weeks ago and until I get back from my holiday at the end of September, my desk is clear. Well, I got back the edits on the July hand-in, but I haven't opened the email yet.

The worst?
Trying to think up titles. I'm not great at that. They have to describe the story, be catchy, never have been used before and  not set off any unwanted associations. It's tough. But it's not psychiatric nursing, right? Or mining. Whenever a writer says "writing is hard" I wonder what else they've tried.

Ha! Great question. In a couple of years' time, I'll be at Bouchercon in a different US city, with a different book waiting to be edited and a different pair of ideas bumping into each other in the back of my brain. (But I'll be fitter, leaner, more organised and with an empty ironing basket. Even the tablecloths. You've got to have a dream.)

Catriona's website is here, if you want some more information on her and her books.
Catch her on Twitter - @CatrionaMcP

Apologies are due to both - Catriona was kind enough to answer my questions back in September, 2016. Tardy reader, blogger, reviewer that I am I'm more than a little late posting!
Posted by col2910 at 00:05