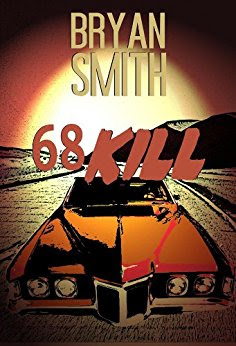 "In his gripping crime thriller 68 KILL, Bryan Smith grabs your face like a bowling ball and pulls you through a nightmarish road trip that just keeps getting worse, even when you think it can't. Bryan is at the top of his game here in a book that crackles with suspense and dread."--Ray Garton, author of Live Girls and Crucifax Autumn

68 Kill is a new novel from the author of Depraved, The Freakshow, and The Killing Kind.
It started with a couple of dead bodies and $68,000 in stolen cash. Chip Taylor’s girlfriend Liza had the perfect plan to rip off her rich sugar daddy. It should have been an easy in and out kind of deal. Nobody would get hurt and they would come out of it with enough loot to solve their problems. But things started going wrong as soon as they were inside the rich man’s house, and for Chip it was only the beginning of the longest, most terrifying ride of his life.

A real blast of a read – a crime novel with elements of horror and comedy. It was my first time reading Bryan Smith and from having a look at the rest of his work, he does seem to have more of a foot in the horror genre.

Chip is our main man and at the outset is the less dominant partner in the relationship with his girlfriend Liza. Liza has the trousers, the plan and all the answers. They are going to rip-off her employer – an old guy who has been paying to diddle her on the side – an arrangement, Chip was none too happy about, though it did help pay the bills. Now Mr McKenzie, showing off as per usual is buying an upmarket car for $68k cash and Liza wants to relieve him of it. No one gets hurt apparently. Or at least no one does until Liza goes crazy in the house and slits the throats of both McKenzie and his wife. Things get complicated when another of McKenzie’s girls on the side stumbles upon the pair and the carnage. Violet gets subdued and Liza has another brainwave. Let’s sell her to her freaky brother Dwayne.

Chip is in way over his head and out of his depth.

Plenty more blood and mayhem ensues as Chip leaving Liza behind – not an easy task, hits the road with the cash. There’s more trouble ahead as at various points he gets relieved of the money and wakes up in a motel with a dead women beside him and no clothes. Endeavouring to overcome this obstacle and recover his ill-gotten gains challenges Chip to become a little more assertive and a bit more like Liza than he wants to be.

Great fun, watching Chip evolve. A great tale with plenty of humour, although the humour gets somewhat over-shadowed by some dark deeds. A torture scene, had me wincing a bit and on reflection seems a bit over-the-top. That said I really liked this one. Chip had my sympathies and hopes from the very start and I was rooting for him throughout. Do we get a happy ending? My lips are sealed. 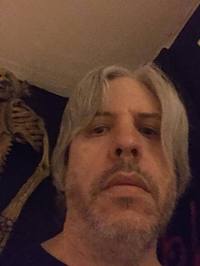 Bryan Smith has his website/blog here.
Having looked at his other books, I’m probably not minded to try them, though that is more to do with the genre and the stories as opposed to his writing which I really liked. He kept me reading with this one. I used to read a bit of Richard Laymon before discovering crime and mystery fiction and the comparison with his work seems appropriate.

When pulling this post together I discovered that a film of this has just been released, starring Matthew J. Gubler - my favourite from Criminal Minds. I'll have to add the film to my watch list. (7.6 rating on IMDB) 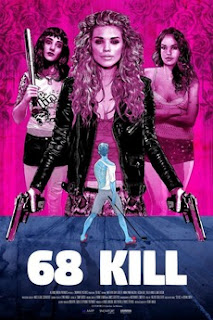