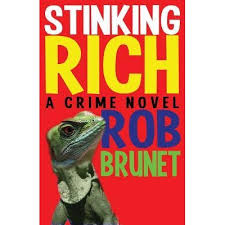 Danny Grant figures he's hit the big time when he lands a job growing pot for a backwoods biker gang. The Libidos are picky about their hires and prone to radical pruning when members go rogue. Members like Perko Ratwick, the aspiring Road Captain who stretched club rules to hire young Danny, putting his own patch-never mind his life-on the line if the punk screws up. What could possibly go wrong with a high school dropout left unattended in a barn full of high-grade marijuana? Plenty, it turns out. In a world where indoor plumbing's optional and each local wacko is more twisted than the last, drug money draws reprobates like moths to a lantern. From loveable losers to gnarly thugs and law-and-order wannabes, every last one of them has an angle-their best shot at being stinking rich. But Perko's got warped ideas about right, wrong, and retribution, and the gang's not far behind.

"Brunet's hilarious caper [is] populated with a motley collection of unforgettable would-be heroes, all scrabbling for a piece of the action. Thoroughly entertaining!" -Owen Laukkanen, Anthony-, Barry-, ITW-, and Spinetingler-nominated author of The Professionals, Criminal Enterprise, and Kill Fee

"One of the wildest romps you'll ever go on...the cast is right out of a John Waters movie and with more unexpected twists and wrong turns than a blind rat on crack running a maze. This book rocks!" -Les Edgerton, O. Henry-, Edgar Allan Poe, and Spinetingler-nominated author of The Bitch and The Genuine, Imitation Plastic Kidnaping

"If Carl Hiaasen were Canadian and enjoyed partaking in a little Class D substance for recreation, then you'd have an idea of what Stinking Rich has for you between its covers." -Todd Robinson, Anthony-nominated author of The Hard Bounce

Another enjoyable debut novel for me and another drug-fuelled romp around Canada. It’s been a while since I read anything with such humourous undertones….. maybe 6 years since I picked up a book by Floridian author Carl Hiaasen, but there were definite reminders of him in Brunet’s Stinking Rich.
Brunet has assembled a cast of hopeless villains with varying degrees of desperation and ineptitude.

Danny Grant is our main dude and his troubles form the focus of our tale. He has landed himself a cushy job, overseeing a marijuana crop. It allows him plenty of opportunity to get drunk, get high and blow his cash gambling every pay day. We learn a bit about his situation, he’s a lone child from a single mother and he dreams of providing a better life for her. Oh, he also has a pet iguana that he talks to, most often when he’s blasted after smoking the product he’s being paid to babysit, by a hapless biker named Perko.

Perko is using his initiative to move up the ranks of the Libido biker gang by arranging a massive drugs deal once Danny’s crop has been harvested. Perko has his own issues and rivalries within the gang and struggles to assert himself. He’s at constant loggerheads with Mongoose, a gang rival and they wind each other up at every opportunity.

Predictably things start to go into free fall when Danny has a falling out with his gambling partner and accidentally kills him with a baseball bat. After enlisting another dubious acquaintance in burying the body, Danny ends up fleeing the cops and the bikers when the drug deal is raided after his friend Terry puts the cops onto the scent of the marijuana crop, just as the handover is going down.

Danny manages to leave the chaotic scene with $750k in drug’s cash in confusion after a mystery blaze sends the whole grow-op up in flames. Danny is eventually caught and imprisoned for 4 years after his inadvertent baseball bat victim’s body is discovered.

We pick up 4 years on after he breaks parole to try and recover the cash he has stashed at a hermit-outsider friend’s house when he discovers his friend has also died in a blaze.

Our story continues at pace with great humour and more than a touch of slapstick and absurdity. A bent, scheming, cash-hungry lawyer; a posse of vengeful bikers; a former friend/police informer now turned part-time fireman-cum-gigolo; a cop who is romancing the lawyer whilst being unwittingly played by her and a helpful neighbour who may provide Danny with the means to come out on top………all these figure and more, as does an exploding toilet, a poisoned dog, an iguana named Iggy (obviously) and a stolen camper van complete with kidnapped old lady.

Sometimes I read to learn something about the world. Sometimes it’s enough to be entertained and amused and to help forget about things for a while. Brunet’s book firmly falls into the second category and does it well.

Recommended if like me you occasionally enjoy a change of pace and some laughs. I’m off to dig out something else in the library that will amuse, it’s been a bit too long. 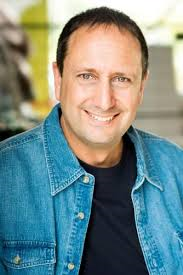 Many thanks to Rob for sending me a copy of this. You can catch up with him here on his website and over on Twitter - @RRBrunet

On his website, you can find some links to his short fiction which has appeared at Shotgun Honey, Thug-Lit and in Paul D. Brazill's recent Exiles anthology, among other places.

Stinking Rich was recently published by Down & Out Books.