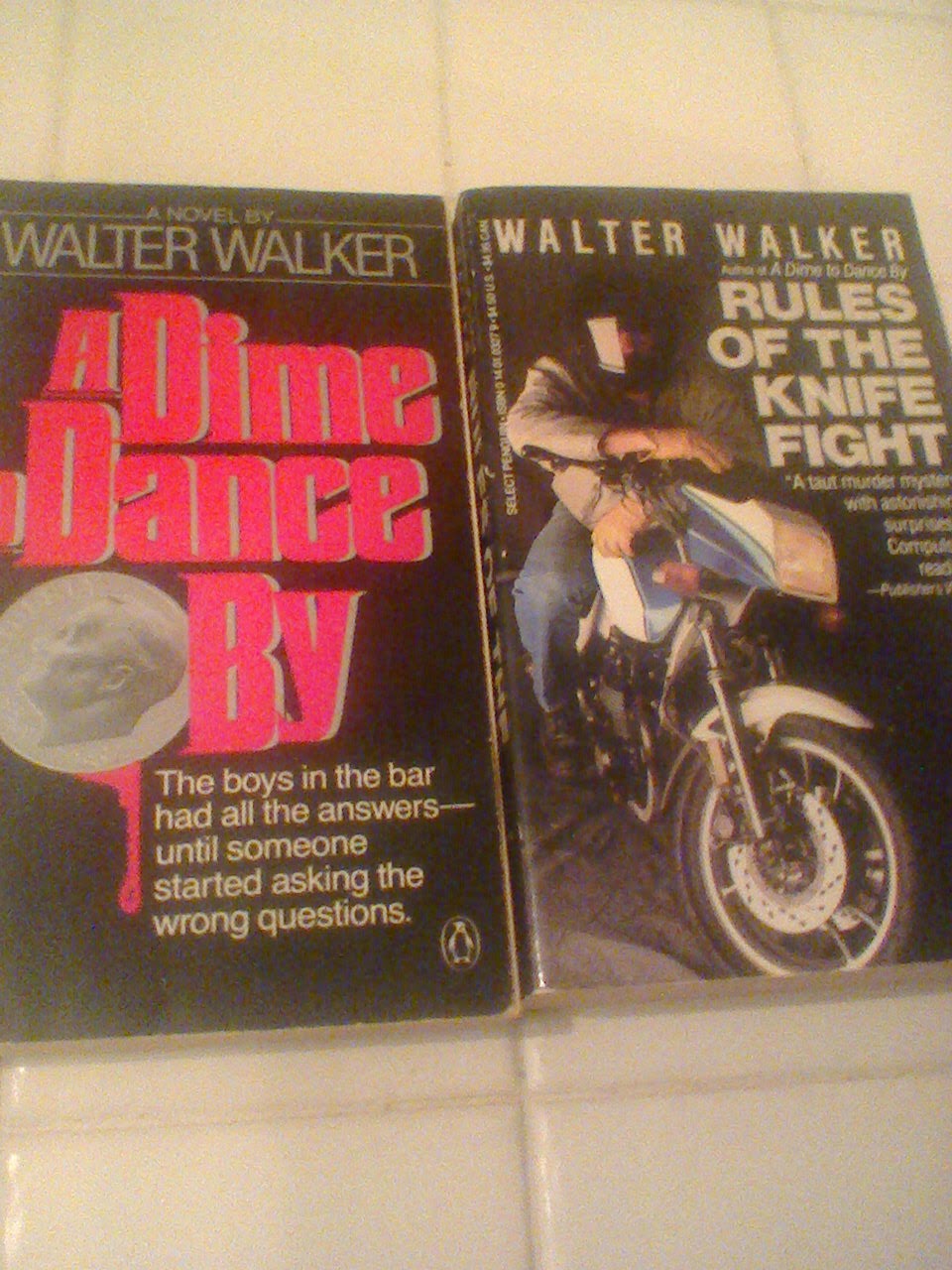 Two more from the ranks of the unread and another author who I know very little about. I do like taking speculative punts on the unknown, whether it's a title or a cover that sucks me in. Probably the knife fight title on this occasion. 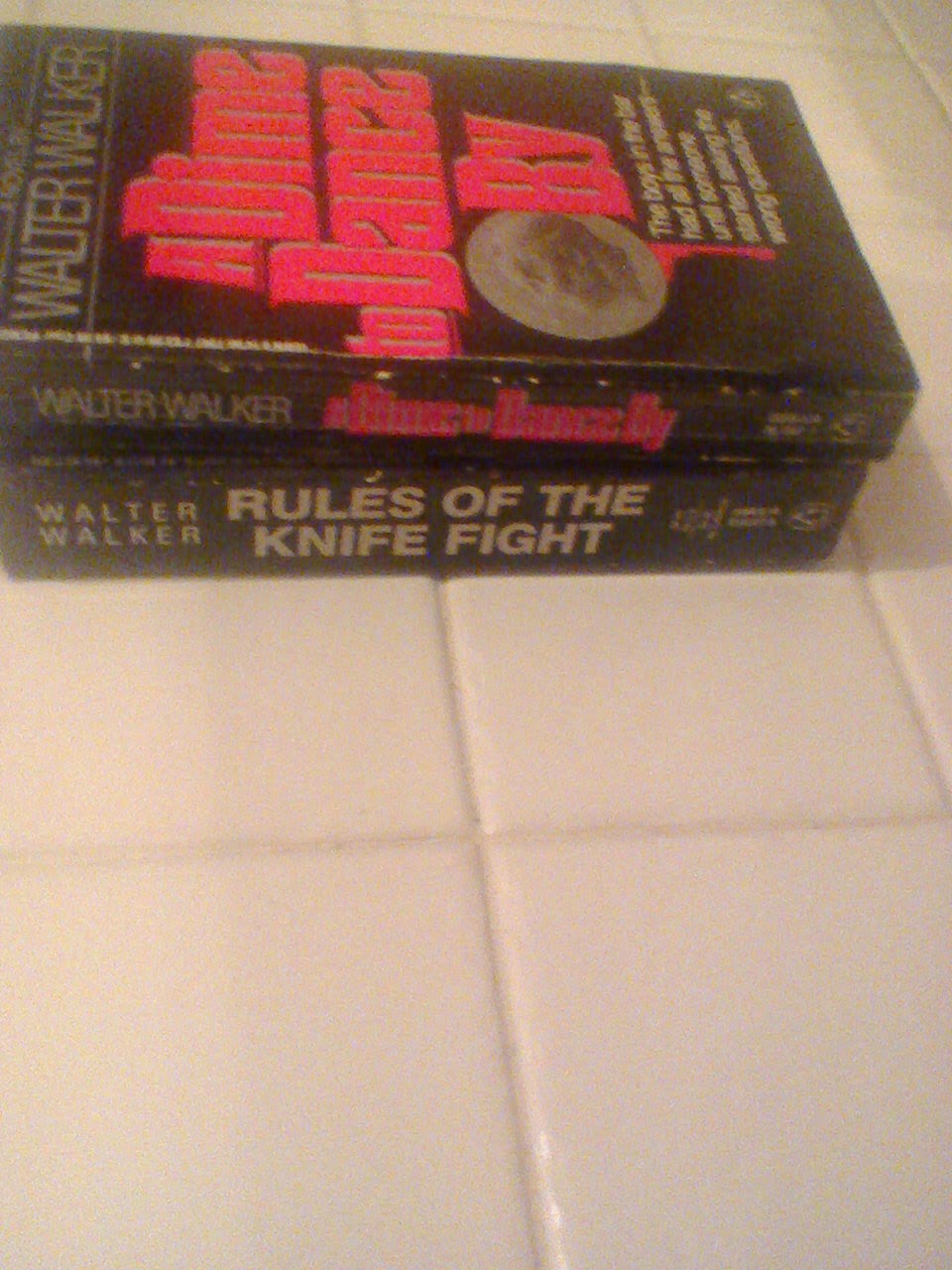 Walter Walker is a trial lawyer, so I imagine these have a legalistic bent to them. Both were published in the mid-80's. Walker published 5 books in the 80's and 90's before concentrating on his legal career.


He returned with a new book last year - Crime of Privilege.
I do like my 80's crime!

A Dime to Dance By 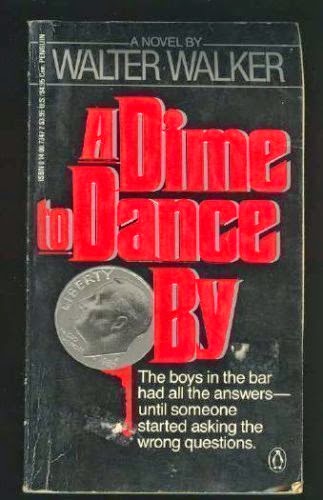 Chuckle Bishop, ex-high-school-football-star, is now a hack lawyer--divorced, not unlucky with women, looser in lifestyle than his contemporaries. He works in the Boston suburb of Portshead, where a local cop is under investigation, then indictment, for shooting an unarmed burglary suspect who was found fleeing the house of screenwriter Lanny Brandon (another local boy who's done well). And Chuckie is handed the job of defending the cop--who happens to be the brother-in-law of a Portshead city councilman with mayoral ambitions. Chuckie's prime enemy in the case, then: the current mayor, who isn't pleased by the challenge, and who uses the shooting as an opportUnity to indulge in the intricate mechanics of smalltown power-broking. And Chuckie has to find some retaliation-dirt on the mayor, some leverage--which he does by uncovering a city cemetery seam: there's a secret policy of selling the same plots over and over; when a grave is, say, 50 years old, the bones are disinterred, dumped, and the gravesite resold. First-novelist Walker sometimes extends this small tale with run-of-the-mill subplots: Chuckie's strangled relationship with his wayward daughter; his tangles with the exotic and shadowy Lanny Brandon, who has a beautiful, available wife. But when Chuckle is working--talking in euphemisms to the mayor, briefing the dumb and unfortunate accused cop, researching cozy corruption--the book has all the draw of first-rate journalism. And Walker deepens the narrative with a keen sociological portrait of small-city failures (more humane than George V. Higgins' raucous version), while treating Chuckie with a respect--a refusal to make him grotesque--that gives the novel a quiet sort of grace. All in all: a solid debut.(Kirkus Review)


The Rules of the Knife Fight 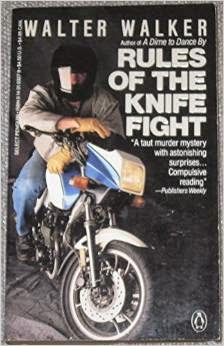 The third novel by the author of A Dime to Dance By is a powerful and gracefully written, cleverly structured story that displays his remarkable facility with dialogue and character. Although on one level this is a taut murder mystery, it is more an exploration of morality and circumstance, with astonishing surprises in store for the reader. Walker's central theme seems to be that despite everything, the truth will assert itself. The story is told from five points of view: Bobby O'Berry, a punk from Portshead, Mass., who is bullied into marriage by the brothers of his pregnant bride; attorney Chris Cage, who quits his job to defend his wealthy friends Leigh and Cathy Rossville in an unusual civil suit brought by Owen Carr, a hustling private detective who cleverly deduces the truth; and finally Roger Gifford, a judge whose job has left him estranged from his family. "In litigation," Chris explains to Leigh, "You have what actually happened, . . . what the witnesses say happened, and . . . what the jury decides happened. Now you tell me . . . which one's reality?" This is compulsive reading. (Publisher's Weekly)