QUESTIONS AND ANSWERS WITH JUDY NEDRY 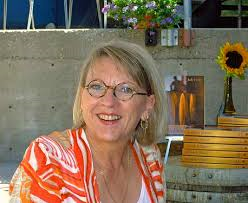 Judy Nedry was the latest author kind enough to tolerate a few questions from yours truly. Judy has written a couple of mysteries with a 50-something main character - Emma Golden.

The first - An Unholy Alliance was read and enjoyed recently. The second - The Difficult Sister sits on the pile waiting for its turn.

My review appeared yesterday and is here.

•        At this point, the writing is a sideline/passion. I lost most of my retirement funds in the crash of 2008, and therefore am working at a couple of part-time jobs just to keep in the game. So I write when I can. I worked as a full-time writer/editor for many years, and have been addicted to writing since I was very young.

•        Probably the most satisfying moment was when I published my first novel, An Unholy Alliance, at age 60. Imperfect though it is, this was the fulfillment of a life-long dream. Although I’d always wanted to be a novelist, my career was in journalism.

From start to finish how long did An Unholy Alliance take from conception to completion? 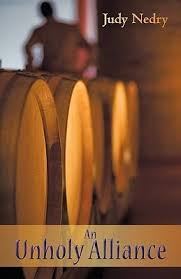 •        10 years from conception to completion. Seven of those years was noodling around in my head while I did other things—including writing two nonfiction books. When finally the story started to gel, it took me about three years to get it written and published.

You have written a second novel featuring Emma Golden, the main protagonist in An Unholy Alliance  – The Difficult Sister (it’s on my TBR pile), without  spoilers is Emma someone you anticipate writing about for the considerable future? Is there plenty of legs in her character yet? 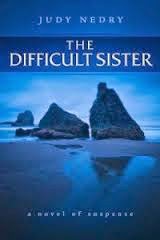 •        Currently I am working on the third novel in the Emma Golden series—set in wine country again, after her adventure at the coast with Melody Wyatt for The Difficult Sister.  I am contemplating a prequel. Emma was a wine writer for 20 years, and I just think the industry was more fun/interesting back in the early years. I can see her having some hair-raising adventures in the Oregon wine country’s early years. She’s also well-versed in the wine regions of several European sites—particularly Burgundy, but also Alsace, Bordeaux, Portugal, northern Italy, and all over the U.S. These could be a lot of fun.

Do you have any unpolished diamonds tucked away in the bottom drawer or your writing desk?

•        Nothing in the bottom drawer. However, I have a biographical tale of my year as an anarchist—a bumbling anarchist—editing a counter-culture magazine in Eugene, Oregon in the early 1970s. That could be quite hilarious. Right now it is interfering with the progress of novel #3.

You have a non-fiction book to your name, how does the writing process vary between factual stuff  and your fiction? (Oregon Wine Country and Washington Wine Country, if readers are interested)

•        They actually are two separate books—Oregon Wine Country (1998) and Washington Wine Country (2000). They are very out of date but wonderful histories of the Washington and Oregon wine industries from their beginnings up to the years they were published. Plus, they have stunning photos by my colleague Robert Reynolds.  Fiction or non-fiction, the process does not change. For me there is the plan/research, very rough outline, more or less sectioned into topics and sub-topics. And then I sit my butt in a chair and write. When I really get going it’s magic. One of the joys of being a trained journalist who also did most of my journalism/freelancing while I juggled a job and family and household management, is that I could write anywhere at any time whenever time was available. So…once I get going, I’m able to write whenever I can squeeze in a few minutes.

•        Most of my characters are made up. There are hints and bits of people I’ve known or have encountered or characteristics of people I’ve encountered, but the characters themselves are products of my imagination. In An Unholy Alliance, a lot of people thought they “recognized” people in the book. Well, good luck. One woman thought I’d used her B&B as the setting. Nope, not even close. The one whose B&B inspired me didn’t recognize it. Fiction is so tricky that way.
•        There is one exception: Melody Wyatt. She is directly inspired by a very dear friend of mine, who is very pleased to be so recognized. They are not the same person, but if people who know Jessie are told she was the inspiration for Melody, they instantly get it. You can check out my website, judynedry.com and read the blog, “The Making of Melody Wyatt”. I even have a picture of her.

•        The idea of Emma ever touching a gun doesn’t work for me. She wouldn’t do it. She’s too much of a wuss. She’d make a complete hash of it. I do not envision myself writing graphically about rape or any violence toward women or children, although plenty happens off-stage. I think the sex scene in The Difficult Sister is probably as far as I will go depicting sex. In the bigger picture, I can promise you there will be no vampires, zombies, or dystopian fantasy post-apocalypse hoo-haw of any sort. Oh, and I won’t kill animals in my books.

Who do you read and enjoy?
•        Since I write mystery/suspense, the mystery/suspense genre is my drug of choice. However, I really enjoy good biographies of celebrated people (I’m Your Man about Leonard Cohen for example) and non-fiction, particularly historical (In the Garden of Beasts about pre-WWII Berlin,or Seabiscuit or The Boys in the Boat…things like that).

•        To Kill a Mockingbird by Harper Lee, and The Great Gatsby by F. Scott Fitzgerald—both quintessential American fiction. I re-read them both every couple years.

•        Reading—it goes without saying, film, cooking/baking, gardening, food, walking, and travel when I could afford it.

•        The third novel in the Emma Golden mystery series has been a struggle to date. I’ve had problems with a couple of the characters. Also, promoting Sister has taken up a fair amount of my time, so I haven’t had the time I’d like to devote to writing.

•        I enjoy the process of writing, revising, editing, re-editing, and seeing a project to its completion. I co-founded a wine and food magazine in the 1980s and I always loved all aspects of the process. I’ve self-published both my novels and love selecting the cover art and tweaking the design. As for the writing, once I am into it I lose consciousness of everything else. It is like I’m out of my body and in another dimension where I am living the story. It’s complete escape for me.

If I check back in a couple of years’ time, where do you hope to be with the writing?

•        The third book in the series will be published and I hope to be well into the anarchist project.

Thanks to Judy for her time.