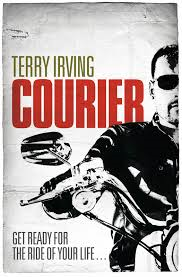 Get ready for the ride of your life…
It’s 1972. The Watergate scandal has Washington on edge. Rick Putnam, a Vietnam veteran and motorcycle courier for one of the capital’s leading television stations, is trying to get his life back together after his nightmarish ordeal in the war. But when Rick picks up film from a news crew interviewing a government worker with a hot story, his life begins to unravel as everyone involved in the story dies within hours of the interview and Rick realizes he is the next target.
Before Twitter and Facebook, the fastest way get a story on the news was on a BMW R50/2 motorbike. It was also the fastest way to get killed…
Courier is a political conspiracy thriller as exciting as Three Days of the Condor, with a lead as cool as Easy Rider, all set in Nixon-era Washington.
Written by a four-time Emmy award-winning writer and producer, this is a killer blend of action and surprise twists, certain to appeal to fans of James Ellroy and Dennis Lehane.
Courier is Terry Irving’s debut novel. I was attracted to it on Net Galley because of the striking cover and the premise of a Vietnam veteran, not long back from his war and he’s landed slap bang in the middle of a conspiracy and cover-up in Washington, 1972. Though we have mention of Watergate and Nixon, our story deals with other shenanigans here.
We have our troubled veteran, Rick Putnam, suffering from PTSD and surviving on 3 hours sleep as he re-visits nightly his war and experiences in Ia Drang. His escape from his nightmares comes in the form of late night, pedal to metal motorcycle rides around DC. His day job as a courier for a TV station, brings him into the firing line when a whistle-blower and the news crew he talked too all die in simultaneous “accidents.” The film of the exposé goes missing and Putnam, who was seen receiving the back-up film is targeted. Putnam’s training and “spidey sense” enables him to escape the first “accident” planned for him.
Unwilling to trust too much in coincidence, Putnam with the help of his “geeky” computer-savvy housemates seeks to unravel the conspiracy. With a relentless adversary, himself a veteran from the Vietnam-US conflict, we have continued attempts on Rick’s life and those who he entrusts with his knowledge.
Courier is an interesting tale, well told. I’m a bit too young to recall first-hand the presidency of Richard Nixon and his subsequent resignation and the tumultuous time and place the US capital must have been in the early 70’s, but Irving does a great job is placing the reader there.
Washington, Watergate, Vietnam, motorbikes, conspiracies, veterans, Ia Drang, elections, campaign contributions, investigative journalism, dark arts, cover-ups, TV reporting, (covert) homosexuality, Native American issues, the BIA, reservations, motorcycle gangs, gay bars, Vietnamese restaurants and cuisine,  explosions, arson, car accidents, thugs for hire, pursuit, murder……. and more all whipped up together to provide a heady cocktail. 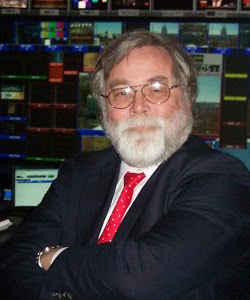 Decent characters that are well-fleshed out, with a sympathetic main lead and an interesting bunch of support characters. Slight criticism in that I would have liked to have seen more of our adversary, though we do get some of his history, it was his present I would have liked to have seen greater depth to, in respect of who was pulling his strings. There’s also a bit of love interest in the guise of a politicised Native American girl, which added another layer and dimension to the mix.
The author I would guess has a passion for motorbikes as he imparts a fair bit of knowledge into the mechanics and behaviour of a bike being ridden at the edge of its limits. There’s a fine balance between too much technical stuff – cue snooze-fest and just enough to prove you know what you’re talking about and the author manages to strike the right balance here, as well.
Overall verdict – 4 from 5. The fact that Irving gets it all done and dusted in about 220 pages is another tick in the box from me.
Terry Irving’s blog/website is here.