Spare and unsentimental, this series of episodes in the life of a platoon as it advances across war-torn Europe is among the most chillingly realistic in any novel of the Second World War, coming as it does from the author's first-hand experiences. It has been described as Baron's best work. The Human Kind is poignant, shocking and bleak - but also full of the soldier's humour, for which Baron has an unerring ear. 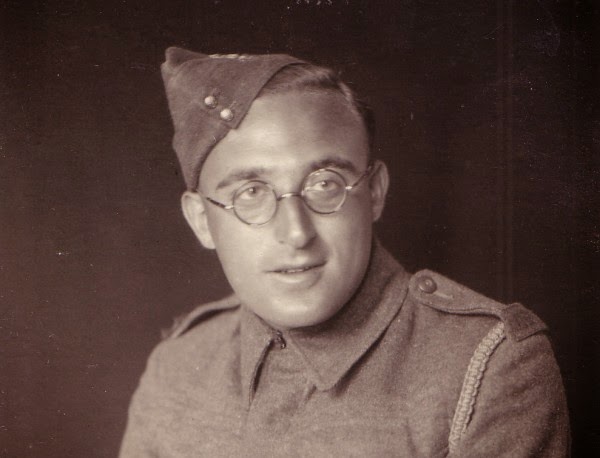 A bit of a departure from my usual crime reads, but a book well worth the time invested in it. Baron was an author with a reputation as the greatest British novelist of the last war. He died in 1999 and published about 14 novels in total; with his war trilogy drawing extensively from his experiences as a soldier in the Second World War.

The three war books are From The City, From The Plough – 1948, There’s No Home – 1950 and The Human Kind – 1953.  I have the other two lying around somewhere in addition to a couple of his 60’s books; The Lowlife and King Dido. The former concerns a gambling man and greyhounds and the London underworld in the 60’s; the latter is set in London pre-World War One and also concerns itself with street crime and gangs and police corruption.

The Human Kind is a collection of 25 short pieces which form a longer narrative following Baron and his platoon through their war. In actual fact we pick up with our narrator as a 16 year old and having just acquired his first bicycle. A group trip to the country and a swim in a river, which ends in a drowning and on his return a close brush with death in the form of a London bus. Escorting a young girl home later - “We were happy. We talked about next weekend, and the next summer holidays, a time that seemed infinitely distant. Life was inexhaustible and death was still beyond our ken.”

In a later story, Baron discusses his reaction to Dickens and David Copperfield. He had withdrawn from the daily hustle and bustle of his training camp and would hide in the coal store to steal some precious moments reading it. “The book worked on me like a religious conversion.” In conclusion and after the book had done the rounds of the whole mess. “As for me, I shall never forget it, not only for what it taught me about the real character of my comrades, but because it showed me what a novel ought to be. It seems to me that if all the novels of the present century were melted into one, they could not equal in achievement a single book by a writer who can induce in multitudes a miraculous belief in his visions, who uses his power to teach, who can reach across time even to the unlettered, and who can bring them into communion with each other and with him.” I’m half tempted to read it myself one day!

Hard to do this book justice in truth. It’s an incredibly personal picture of a seismic event in world history - something far beyond the scope of most of our experiences and recounted without bitterness.
5 from 5

Alexander Baron’s fiction has seen a bit of a renaissance with several of his titles coming back into print in the past 5 or 6 years ago. Worth a look in my opinion.

There’s a link to his Guardian obituary – here.