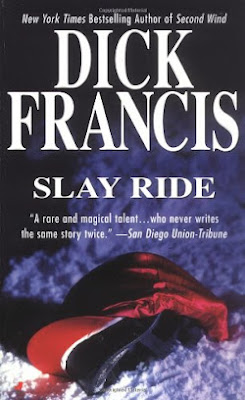 Synopsis/blurb...
David Cleveland is looking forward to Norway. A change of scenery, an old friend and a straight forward looking case. An English jockey has gone missing, and so have the racecourse takings. It all looks so simple until a dead body turns up... unannounced.
The racecourse Committee fields questions like some Norwegian Politburo and the only answers Cleveland gets are violent ones... from a gang of professional killers.
So, with maverick Marxist Erik Lind playing minder, he constructs a trap for his would-be assailants... with himself as bait.
'Francis at his best... with plot and character beautifully interwoven, sex and violence, revelation and mystery superbly blended'  - Sporting Life
Years ago I hoovered up a load of Dick Francis books from a local charity shop. I had visions of reading them all - 50-odd. At the time, I had a passing interest in horse-racing and most (all maybe) of his books are immersed in this world. Well in the eight years since, I've read exactly two! Dead Cert and Pursuit were both enjoyed in 2013.
Eight years on my interest in horse racing has waned, but I did enjoy this book.
Norway, racing, a missing jockey and a concerned wife, stolen money, an investigator and an investigation, attempts on life of said investigator, a near drowning and an escape, a continued pursuit of answers, and a fresh impetus to the case when the corpse of the jockey is discovered. Some of the action and events take place back in England as well.
A month of two on, a lot of the details have vanished from the memory banks, but I can recall liking the main character, David Cleveland. He tries to do his best for the missing man's wife and she has his sympathy. I liked how a misunderstanding with a neighbour was ironed out and a friendship formed and I especially liked his dogged persistence in getting answers for himself and the reader!
Great setting. I never knew that they had horse racing in Norway and that British and Irish jockeys travelled to compete over there. Bearing in mind this was published in 1970, I wonder if it is still a thing today.
The pace is not full on pedal to metal, but neither does it hang about. There are plenty of characters we meet along the way, though not so many we lose track of them. The story does have some interesting twists before the outcome, and they were far from anything I could have predicted at the outset.
The Sporting Life quote on my book blurb nails it - 'plot and character beautifully interwoven, sex and violence, revelation and mystery superbly blended' 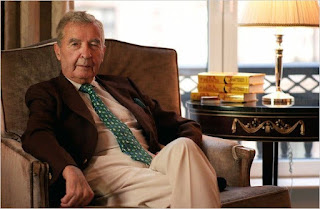