A couple from an untried author, Peter Turnbull and a series which goes back to the 80s and has been likened to Ed McBain's work. Gotta be good hasn't it? 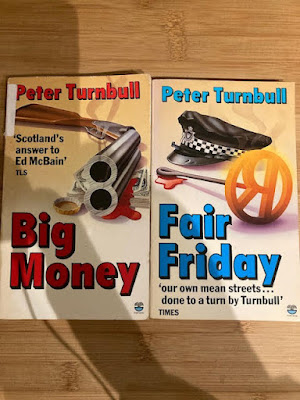 Fantastic Fiction tells me that Peter Turnbull has written over thirty novels in his writing career. (Actually he's had 47 titles (published.)

His debut was Deep and Crisp and Even (1981). This was the first in the 10 book long P Division series of which Fair Friday and Big Money are #3 and 4.

He has a twenty-five book long series featuring Hennessey and Yellich as well as another series and half a dozen standalone novels.

It's strange that with this fantastic body of work behind him, I had never actually heard of him until recently. Bill McGarrigle was about to join the ranks of the unemployed. He would have done if he had not been brutally beaten up in a Glasgow back alley.

Before he died, he had given the men of P Division enough to go on to start a full murder investigation. But it was the annual summer holiday - and the heat was bringing all the rats out of their holes with a vengeance... 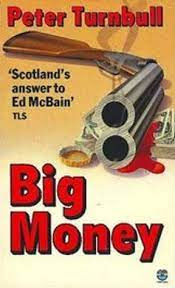 The Post Office Raid was a criminal's dream - and a policeman's nightmare. The rovvers were a superbly professional team, the job went like clockwork, and the police had virtually nothing to go on. But with big money at stake, the officers at P Division knew they would be working a twenty-six hour day until they cracked the case. Their only clue was related to an unsolved mystery already two years old. Yet the truth was frighteningly close to home... 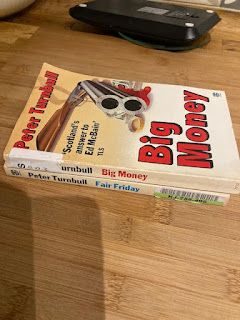