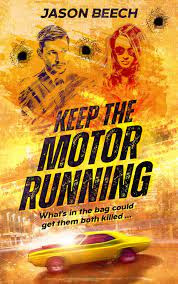 Synopsis/blurb ...
A stolen bag. A murderous boyfriend. A chase across New Jersey. This is one screw-up she's determined to escape.
Tempest Stanley lives a life controlled by her drug-dealing boyfriend, in a crummy house squeezed onto a New Jersey jughandle. The lover puts his thumb on the Englishwoman’s visions of American thrust and glamor - until he hits her. Furious, she bursts free with a haul of his product and jumps into her lovely neighbor’s car one hot morning.
The man next door is sympathetic, but he’s a family man, and does not want to get involved. But Tempest is desperate. Her ex is a sociopath, with blood on his shirt and guns all over the house ready for use at a moment’s notice. This is her chance to escape, to prove her family back home wrong, to live life. And she cannot help but rope the only man she trusts into her escapade.
Tempest must play a game of cat and mouse on the streets and highways of New Jersey as the drug dealer hunts them for the kill, and her trust in humanity is tested to the limit.
Keep the Motor Running is a fast-paced chase novel, violent, funny, noirish, and full of heart. Can Tempest make it back to England with her life intact and the cash to live it?
A busy book with events (unless my memory is actually worse than I think it is) pretty much taking place over the course of a day. (Apart from the bit at the very end.)
A drug dealer, Czech Downes pushes his woman, Tempest Stanley too far and she heads for the hills (proverbially speaking) along with a bag full of his cash and product, unwittingly involving her neighbour, Karl Lankester in her break for freedom.
What follows is Tempest's bid to cut free from Czech's control and convert drugs to cash; Czech's attempts to recover it, put Tempest in her place and keep his crew of dealers in line, without alerting his higher-ups and Karl's attempts to land a job, avoid upsetting his wife (not easy with an interfering mother-in-law), and maybe get a cut of the score himself, which will enable him to stave off his creditors and keep his motor running.
Dark and light, at times bleak (domestic violence is never funny) and by turn humorous (eg. an encounter at a filling station which provides some unwanted attention). Plenty of violence and action and victims - both deserving and innocent.)
Great characters, each with their own agenda and goals. Interesting dynamics at play particularly between Tempest and Karl. One minute they're on the same page and sharing a dream of a brighter future, albeit separately. The next, they're at each other's throats on the next move to make.
A madcap road trip of a book, an underdog tale, a tale of revenge and payback, a novel populated by the oppressed and those down on their lucks but not yet totally defeated.
Pace, story, character, setting and outcome. All ticks in the box.
4.5 from 5 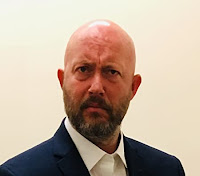 I've put off reading Jason Beech for too long. I hope to correct that oversight soon with another one of his books. Keep the Motor Running is his fifth novel (I think.)
Read - January, 2022
Published - 2022
Page count - 278
Source - review copy from Book Sirens
Format - Kindle
Posted by col2910 at 05:32