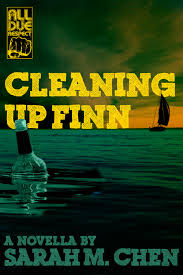 Life is a constant party for restaurant manager, Finn Roose. When he seduces an underage woman on one of his booze cruises and loses her—literally, it sets off a massive search involving the police, her parents, and a private investigator. Finn is an expert manipulator but his endless lies only tighten the screws on himself and his unsuspecting best friend. Finn scrambles to make things right which may be too much to ask from a guy who can’t resist a hot babe and a stiff drink.

Finn Roose is a restaurant manager and player; a man with his brains firmly housed south of his trouser belt. If you’re female and under forty and you land in Finn’s place, you’re getting appraised and rated and if you pass muster hit upon.

Ronnie with her fake I.D. passes the test and a date follows the following night. Best friend, Porter – still in hock to Finn for an event that happened when both were young and impulsive, for which Finn took the rap – reluctantly provides his car and boat for Finn’s latest assignation.

The inevitable almost happens – blame the booze (or with hindsight thank it) – but Finn and Ronnie pass out. Finn comes to, panics and flees the scene. Ronnie’s on her own.

A day or two later and the cops show up and the missing and underage Ronnie’s face is plastered on TV. A dogged PI soon starts asking some awkward questions. Finn’s starting to sweat, Porter’s got the hump and a blackmailer starts putting the squeeze on.

You feel like your sympathies shouldn’t really rest with our main man, but somehow in the hands of Sarah Chen, they do. Can Finn clean up his act, get out from under and find some measure of redemption? Or is he doomed to repeat the mistakes of his past? 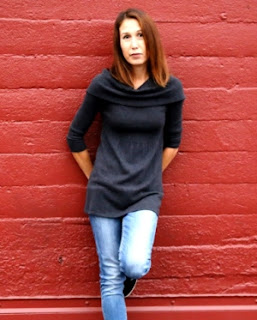 Short, smart, funny, fast, great plot, great characters, a breath of fresh air! My kind of book. I’m looking forward to what she does next.

Cleaning Up Finn is her debut offering. Published by All Due Respect Books!

Thanks to Mike over there for the copy.