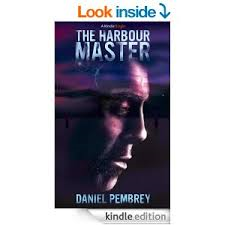 Maverick cop Henk van der Pol is thinking about retirement when he finds a woman’s body in Amsterdam Harbour. His detective instincts take over, even though it’s not his case. But Henk’s bigger challenge is deciding who his friends are – not to mention a vicious street pimp who is threatening Henk’s own family. As his search for the killer of the woman in Amsterdam Harbour takes him into a corrupt world of politics and power, Henk finds himself facing some murky moral choices.

The Harbour Master delivers for Amsterdam what fans of Scandinavian crime fiction have come to love: a fascinating light shone on the dark side of a famously liberal society, combining vivid characterisation with ice-cold suspense. 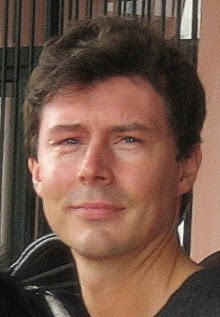 This was my first taste of English author Pembrey’s work, though I do have his novel – The Woman Who Stopped Traffic, sitting on my kindle.

The Harbour Master is a 100-odd page novella set in Amsterdam, somewhere I haven’t yet visited on my reading travelling. Pembrey’s tale was fast-paced and interesting.

We had a 54 year old cop being side-lined and pushed out by his superiors as they seek to concentrate resources on cases that attract decent publicity that plays well in the media for their political masters. Henk is conflicted whether to resist or give in and depart quietly. When he’s sidelined after showing an interest in the body in the harbour case, he decides to resist.

His wife seems to be facing similar difficulties in her chosen profession of journalism. His daughter is at university and a degree of separation and misunderstanding is an element within the family dynamic. This was an interesting tangent to the main drive of the narrative, but it helped put a bit of flesh on the bones, without detracting from the pace of the investigation.

The further Henk delved into the case, the closer his family came into danger.

I’m not going to pretend this was the best book I have ever read, but it did the job and ticked enough boxes to have me looking forward to his longer treatment.

We had enough depth to our main cop character - Henk without getting bogged down with unnecessary fluff. The plot moved quickly and held my interest – I’ve not come across Hungarian gangsters before in either my fictional reading or in following European news in general – so I’m unsure if they are an author invention or a real problem, maybe slightly less bothersome than the Russian mafia. I’m minded enough to find out though.

Our setting, Amsterdam was a first for me in a crime book setting and it was interestingly portrayed. I doubt that I’ll be rushing to pay a visit sometime soon. I think my previous perception of every building being either a brothel, sex shop or a church was only partially borne out as Pembrey didn’t introduce many churches into his narrative!

All in all – quick and satisfying.

I was sent a file-copy of this by the author in return for an honest review, thanks Daniel!

His website is here if you want to find out more about him and his writing.