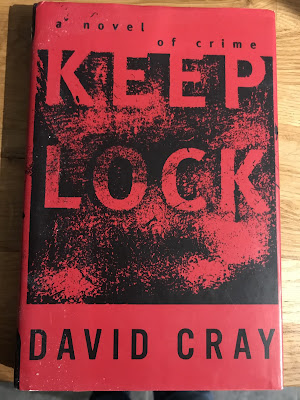 "I've met with enough ex-cons to know they're mostly lying about the important things." - David Cray

Peter Frangello, labeled a sociopath at the tender age of nine, has been getting into trouble ever since he was old enough to leave the house on his own, Now thirty-eight years old, he's had enough; about to be paroled from New York State's toughest prison, he knows he can never allow himself to be locked up again.

Still, even if a leopard desperately wishes to change its spots, will the system let it? For Pete, the world beyond the prison gates turns out to be more treacherous and hostile  - and full of vicious surprises - than he could ever have imagined. Perhaps all the hard-won survival skills he's developed in a life spent behind bars won't serve him well enough in the face of the ruthless forces allied against him.

Not only must Pete pretend to play along with the deadly heist plans of career thugs who have no intention of ever allowing him to go straight, he msut also satisfy the increasingly impossible demands of a pair of crooked cops. Rizzo and Condon, two police detectvies who've caught wind of the million-dollar score, are determined to keep Pete as their man on the inside until the very last moment they're ready to move in on the action.

Brilliantly hard-boiled and as convincing as the morning headlines, Keeplock shows how one man's rigidly constructed armor can make for unexpected vulnerability.

A book I enjoyed slightly less than I'd hoped to. It had all the key ingredients that I like in my fiction .... an ex-con trying to go straight and caught in a pinch between a couple of dodgy cops and some prison associates planning an armored car job and wanting him in on the score. A New York setting. Events kind of flip-flopping back to pre-prison and the events that set our main protagonist on his course in life, prison incidents and memories and a post-prison nightmare, with one bright spark possibly on the horizon. The old girlfriend who testified against him, still has feelings for him. Plus factor in a positive relationship with some of Stephen Solomita's earlier books.

Pete Frangello is out on parole and rooming at a sort of halfway house. Another ex-con in the house tries it on with the newbie and to his cost ends up in the hospital. Enter the cops, Frangello's punch bag was their informant and with him out of the picture, Frangello can get violated and sent back to the joint or he can start getting them some good information. This isn't how Pete envisaged his post-prison life unfolding.

Frangello under duress, resurrects a friendship formed inside and is in on a big robbery. Dilemma time - rat out his friends at the cop's bidding? Kill the cops? Refuse and go back inside?

Our man has to negotiate a narrow course while deciding on his options. In the end the cops themselves decide how it all plays out and Frangello has to try and afapt and engineer an outcome to suit his aims.

I liked the main character. He's a criminal and he's got a sad history from an almost life-time of being in state institutions. He suffers abuse as a boy and there's an inevitability as to how his life turns out. No opportunities, no care and compassion, no guiding hands - just a label.

I enjoyed the tension created by the situation Pete found himself in. There's friction and division in the robbery gang, with no one really trusting anyone else that's in on the score. There is also the balancing act of keeping the cop's happy, without actually committing to being a rat - something which is an anathema to his code.

I liked the resolution as well. On balance maybe I enjoyed it a bit more than I thought. At the time, I read it a bit staccato style - stop start stop start - probably because of work circumstances - and so it never really seemd to flow for me. Another time, a different mindset and it probably would have been a banger. 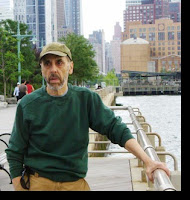 Dancer in the Flames, The Striver and The Monkey in the Middle (pre-blog days) have all been enjoyed before under the author's real name.