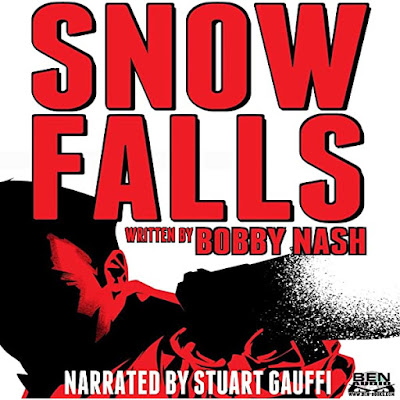 Synopsis/blurb.....
Sometimes half an inch is all that stands between life and death.
Abraham Snow’s career ended with a single shot. Left for dead, the undercover operative barely survived an assassin’s bullet. After a long and painful recovery, Snow retires. He returns home to rest and recuperate only to get swept up in the family business, one just as dangerous as his previous profession. When he thwarts an assassination attempt on a diplomat that endangers his sister, Snow leaps into action to keep his family out of a highly trained killer’s crosshairs.
SNOW FALLS is the first book in the continuing adventures of Abraham Snow.
An enjoyable action packed novella and the first in a series featuring Abraham Snow, an undercover government agent.
We open with Snow on an operation, one which ends with a bullet to the chest and his long term target walking away from him. We pick up during Snow's recuperation and convalescense. He's returned home and catches up with his grandfather, brother, sister and father. Snow has an easy relaxed relationship with his grandfather and is pleased to see his siblings. There's an elephant in the room though - his dad. I quite like the unexplored tension in the relationship between Snow and his father, I'm hoping for more details in further books of the series.
Background - his grandfather founded a successful security company which employs most of the family. Currently there's a big operation in hand - protection to a overseas client, one who Abraham is aware of from his government work. The man in question is a bad guy. Cue a sniper attack which Abraham foils.
The aftermath includes - a chase, a stand-off, an escape and some digging as to who and why the man pulling the strings wants the target dead.
Short, sharp, action-packed and satisfying. There's an interesting main character, ably supported by his surrounding family and an old childhood friend who works as a government agent for the FBI. There's a decent pace throughout and a smooth cadence to the narrative. Regarding the plot, there's nothing overly complex or convuluted, just rapid fire good old fashioned entertainment.
I look forward to trying more from this series and some of author Bobby Nash's other books as time allows. 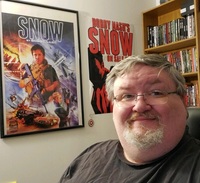