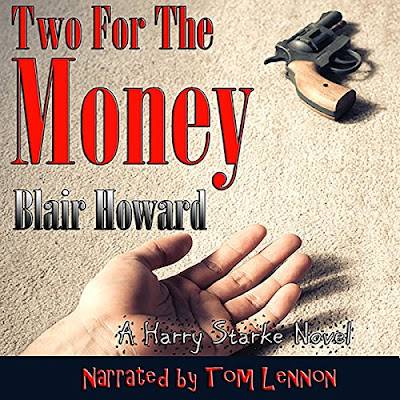 Synopsis/blurb....
A Late-Night Phone Call. A Voice from the past. An Apparent Suicide.
The phone call came on a Tuesday evening in the middle of August. Harry Starke hadn't heard from his old school friend in almost five years, and he hadn't thought about him in almost as long. Tom Sattler wanted to meet, and it wouldn't wait until morning. But when Harry arrived at Sattler's home less than an hour later, he found him lying in a pool of blood with a single gunshot wound to his head and .22 revolver lying close to his hand.
Was it suicide, or was Tom Sattler murdered? If so, by whom and why?
The search for answers plunges Harry into a far-reaching investigation that involves murder, corruption, organized crime, and duplicity. As always, there’s a twist in the tail.
My second outing with Blair Howard and his PI, Harry Starke after previously reading the series opener, the somewhat imaginatively titled - Harry Starke.
Here we have a suspicious death of a former friend and the subsequent fall-out, including Starke's investigation which involves him working with his on/off girlgriend, Kate - a cop - and his own team. Further deaths occur, with the possible motives including money and family reasons.
The intial victim, Tom Sattler is a financial trader in a partnership with three others and responsible for millions of dollars of investor's money. The fund is underperforming and the partners are under pressure. One of the investors is laundering mob money. Either shortly before or after the death, an insider with access to account details has ghosted the account funds, all $350m into the ether i.e. an untraceable account somewhere else.
I quite enjoyed it without ever feeling stunned or amazed by events. It was interesting insofar as there were several possible suspects for the nefarious goings on and several reasons why. I was curious to find out what happened without really feeling invested in the outcome. Along the way Harry and Kate kind of resume their relationship. Harry, also manages to get horizontal and dirty dance with another beautiful woman - a press journalist with an interest in events. On occasions Harry gets to show how tough he is. Here it's standing up to the mobster and his goons
One thing does kind of strike me as slightly improbable, but maybe I'm being picky. Starke runs an office and has employees. Presumably he has overheads and bills and his staff would like to get paid? In the two books I've read, him and his team to a greater or lesser extent devote hours to investigating stuff without ever doing any paid work, to the best of my recollections.
Oh yeah, I forgot. It's fiction and you make stuff up and you suspend disbelief and buy into whatever the author is trying to sell you, if you wanna have a good time. Silly me. The paid work is the stuff that Harry does inbetween times and that Howard doesn't put in his books.
Blair Howard's writing style is smooth, with no real awkwardness to it. There a flow to the story and its kind of easy listening. There's nothing standout that makes you go wow and rewind though for another listen.
I think an Audible format is perfect for me to devour these books as they aren't overly complex or convoluted. I might enjoy them less if I was accessing them via the printed page. Maybe listening to a book while working is a bit of a win/win situation.
Blair Howard has written over a dozen Harry Starke books and I have most of them in my Audible library, so I'll continue to listen for a few more yet. 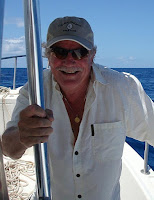