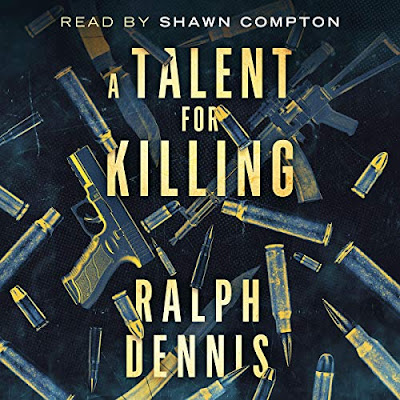 Synopsis/blurb ...
Kane was a top CIA assassin until he suffered traumatic physical and psychological injuries in a mission that went horribly wrong. The Agency wiped his memory, gave him a new identity, and retired him to a life of mundane, anonymous domesticity. But his training, and his talent for killing, came back with a vengeance. He created a new life for himself as a killer-for-hire, righting wrongs for people who can't find peace or justice any other way. He doesn't know that his memories are fiction, or that he is always being watched, or that he's been targeted for death by a rogue faction within the Agency.
A TALENT FOR KILLING
In this brutal, fast-moving thriller from Ralph Dennis, the author of the legendary Hardman series of crime novels, Kane finds himself caught between the mob, Cuban revolutionaries, and his own government as he seeks retribution for a man murdered for uncovering small-town corruption...and justice for another man on death row, falsely convicted of raping and murdering a child.
Praise for Ralph Dennis
"There are times when Dennis' writing touches on the inspired. He knew how to ride the zeitgeist....if not get ahead of the game. A TALENT FOR KILLING is a really exhilarating action thriller that springs a couple of surprises." NB Magazine UK
"Like Chandler and Hammett before him, Dennis was trying to do something different with what was thought of as throwaway literature." Joe R. Lansdale
"Ralph Dennis has mastered the genre and supplied top entertainment." New York Times
"Exceptional characterization, strong and vigorous prose." Mystery Scene Magazine
A portion of this book was previously published in 1976 under the title Deadman's Game
A busy book much of which can be explained by Lee Goldberg's input in combining a lost unpublished  manuscript with an earlier release featuring main character Kane. There's plenty of story to get your teeth into here.
Spies, CIA types - rogue and straight, a hitman with a wiped memory and some conflict. Kane works his contracts with his handler, unaware that his previous employers are taking a keen interest in his new career. Some elements want him removed from the board permanently. This arc mainly picks up in the second half of the book. The first half sees Kane cleaning up a dirty town.
Interesting, exciting, entertaining. The storyline is a bit dated and a bit of a stretch, but I had a good time reading it, even though on balance there might be a wee bit too much going on for the one book. I would have probably enjoyed it a bit more as two separate stories.
I enjoyed seeing the story from two angles - Kane's perspective and those in the agency. 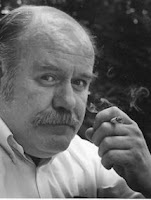 4 stars from 5
Ralph Dennis has been enjoyed before and will be again.
Atlanta Deathwatch and The Charleston Knife is back in Town - the first two in his Hardman series were enjoyed back in 2019. Time to get back on that horse.
Read - (listened to) September, 2022
Published - 2019
Page count - 299 (9 hrs 29 mins)
Source - Audible purchase
Format - Audible
Posted by col2910 at 05:24