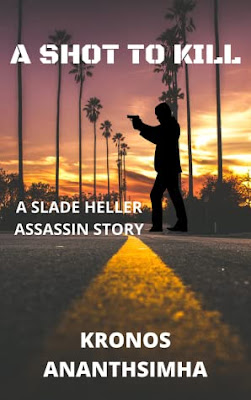 Synopsis/blurb ...
A Shot To Kill
A Vengeful Assassin
A Treacherous Asset
A Paranoid Target
Slade Heller, a young assassin, works for a private intelligence company called the Elysium Group. He’s sent to Florida to eliminate a drug cartel’s violent enforcer with just one shot. The operation is burnt from the beginning. A traitor at Elysium has sold Slade out to the target. The hunter is now the hunted.
Fueled by his rage and determination, Slade dives deeper into a fiasco where deadly criminals are after his head. Risking his own life to kill the traitor at Elysium Group, a criminal who didn’t take his redemptive second chance at life, Slade’s also hunting his target before innocent lives are lost. Captured, then on the run without any backup, Slade Heller has to use all his wits, cunning, and brutality to survive and get the job done by any means necessary.
Fans of action-packed dark comedies, antiheroic assassins, Dexter Morgan, Sterling Archer, Victor the Assassin, Deadpool, John Wick, and twisted spy thrillers will enjoy this first in a series of fast-paced, short, standalone thrillers. Scroll up and buy it now!
An okay read, enjoyable upto a point but not especially stand-out or memorable.
Some of the writing and sentence arrangements seemed a bit clunky to my eye and I found myself re-reading at a bit of a slower pace, as it wasn't particularly smooth and rolling. This kind of eradicated any momentum that may have been building up.
The story itself was alright. A man on a mission, where true to form things don't go to plan.
Action, conflict, imprisonment, escape, violence. 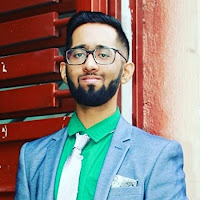 A Shot to Kill is the first in a series of five Slade Heller novellas. There are some short stories as well featuring the same character. I have one other on my Kindle, which I'll get to at some point. No busting rush. Hopefully the second encounter will be the charm, which encourages me to dig deeper into the author's canon of work.
I like the premise, I'm a sucker for discovering new authors and giving them a go. I am partial to a hitman/assassin story.
3 from 5
Read - October, 2022
Published - 2021
Page count - 49
Source - purchased copy
Format - Kindle
Posted by col2910 at 09:12