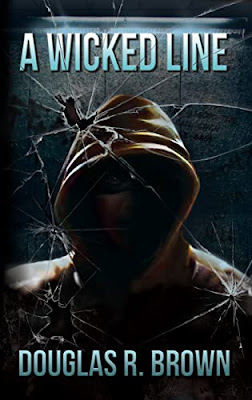 Synopsis/blurb ...
From the author of "A Firefighter Christmas Carol" comes a different kind of serial killer tale.
There is a wicked line that vigilantes must never cross.
The year is 1994, and Jackson Foster’s life is about to change forever.
After an encounter with a drunk driver leaves him scarred and depressed, Jackson is desperate to find a way out of his personal hell. When he discovers the thrill of punishing criminals the law can’t or won’t deal with, he thinks he’s found a way. But what if he gets a little too much enjoyment from meting out justice? And what if his “justice” is anything but?
There is a wicked line that vigilantes must never cross. Jackson is heading straight for it.
"This book is brilliantly conceived and equally well-narrated. You’ll find in it a uniquely crafted blend of fast-paced action, humor, the dark thoughts that dwell in us, mercurial twists, etc. cast against a creepy background that’s unquestionably enjoyable!" ~Reedsy review
I didn't mind the writing style, and didn't mind the narration. Some of the interchanges between the main character Jackson Foster and his best friend were enjoyable, as were some of the 90s cultural references. That was it for plusses. 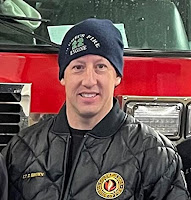 The rest I didn't like. I didn't buy the plot of the main character's motivation - to become a crusader for justice vigilante style. (And I'm usually a sucker for a revenge tale and some street justice!) I just found it contrived, and lame and ridiculous. The rest of the book was a hard slog, akin to swimming through treacle I'm afraid.
I couldn't empathise with the main character, who struggled after a life changing accident. I just felt annoyed at his self-pity and wallowing, while his wife tried to keep the family afloat as chief breadwinner and main carer for their young boy. Jackson larded it around doing sweet FA, before reinventing himself as a vigilante. That was the cue for much eye-rolling which pretty much didn't stop until we were done.
One to quickly forget and move on from. Next!
In the interests of balance - the guy from Reedsy who read it loved it and there are a couple of 5 star reviews on Amazon for it. Some people obviously liked it. At the end of the day it's only my opinion and as they say - opinions are like a-holes. Everyone's got one.
2 stars from 5
Read - (listened to) September, 2022
Published - 2022
Page count - 344 (7 hrs 30 mins)
Source - Audible
Format - Audible
Posted by col2910 at 05:25