Another author with a few books in the collection and who is as yet an untried quantity - Tod Goldberg. 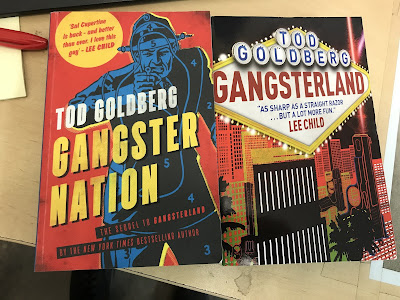 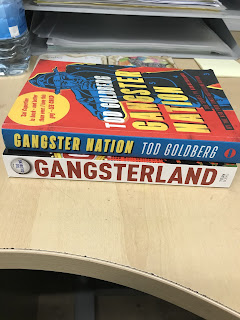 Anything be it a book or film with GANGSTER in the title is pretty much guaranteed to grab my attention.

Tod Goldberg has had another half dozen or so novels and a few short story collections published. His book, Fake Liar Cheat sits on the pile also.

I'll probably start with these two though. 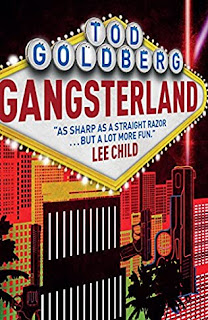 Sal Cupertine is a legendary hit man for the Chicago Mafia, able to get in and out of a crime without a trace. Until now, that is. His first-ever mistake forces Sal to botch an assassination, killing three undercover FBI agents in the process. This puts too much heat on Sal, and he knows this botched job will be his death sentence to the Mafia. So he agrees to their radical idea to save his own skin: hide out as a Rabbi in Las Vegas. 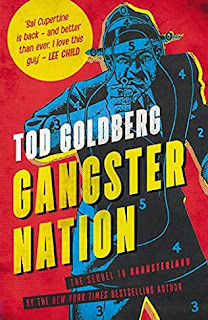 "One can't help but think of such greats as Mario Puzo, Jimmy Breslin, Elmore Leonard, and Donald E. Westlake while reading this witty, brutal, vital book. Goldberg is a master." -- Mystery Scene Magazine

"Gangster Nation is a razor. It will slice you open and reveal your insides. And like the best of Tod Goldberg's work, it'll show you everything you are at your core." --Brad Meltzer, New York Times bestselling author of The President's Shadow

It's been two years since the events of Gangsterland, when legendary Chicago hitman Sal Cupertine disappeared into the guise of Vegas Rabbi David Cohen. It's September of 2001 and for David, everything is coming up gold: Temple membership is on the rise, the new private school is raking it in, and the mortuary and cemetery--where Cohen has been laundering bodies for the mob--is minting cash. But Sal wants out. He's got money stashed in safe-deposit boxes all over the city. He's looking at places to escape to, Mexico or maybe Argentina. He only needs to make it through the High Holidays, and he'll have enough money to slip away, grab his wife and kid, and start fresh.

Across the country, former FBI agent Matthew Drew is now running security for an Indian Casino outside of Milwaukee, spending his off-time stalking members of The Family, looking for vengeance for the murder of his former partner. So when Sal's cousin stumbles into the casino one night, Matthew takes the law into his own hands--again--touching off a series of events that will have Rabbi Cohen running for his life, trapped in Las Vegas, with the law, society, and the post-9/11 world closing in around him.

Gangster Nation is a thrilling follow-up to Gangsterland, an unexpected, page-turning examination of the seedy foundations of American life. With the wit and gritty glamor that defines his writing, Goldberg traces how the things we most value in our lives--home, health, even our spiritual lives--have been built on the enterprises of criminals.