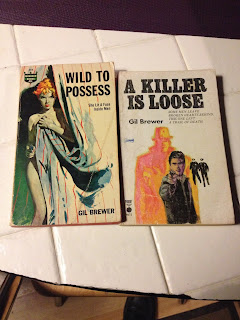 2 from Florida pulp-noir author Gil Brewer this week. Brewer was born in New York in 1922 and died in Florida in 1983. 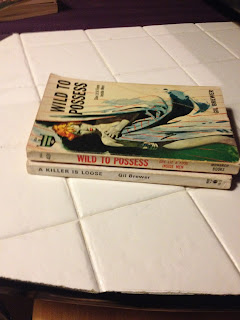 A couple of weeks ago I located these two in Tub 62 and blog friend John Grant from Noirish commented on them, so I thought I would have a closer look.

There’s a website dedicated to him and his writing here. 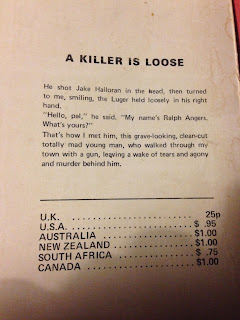 Apparently………Brewer wrote some 30 novels between 1951 and the late 60s – very often involving an ordinary man who becomes involved with, and is often corrupted and destroyed by, an evil or designing woman. His style is simple and direct, with sharp dialogue, often achieving considerable intensity.


He also ghost wrote under the Ellery Queen byline. 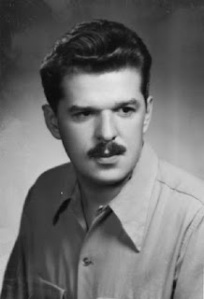 So far during my logging exercise I have found 5 Brewer books in my collection. As well as these two, there’s 13 French Street, The Red Scarf and The Three-Way Split. I may find more but however much I enjoy these I doubt I’ll be trying to catch all his books. I read Appointment in Hell back in July 2012, before I blogged and can't recall too much about it.

Neither of my editions are initial printings, in fact A Killer Is Loose is an edition printed in Israel sometime early 70s after decimalization – the price tag of 25p a clue. 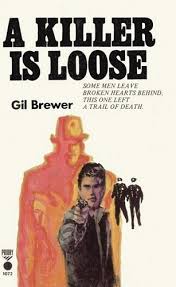 SOME MEN LEAVE BROKEN HEARTS BEHIND, THIS ONE LEFT A TRAIL OF DEATH

He shot Jake Halloran in the head, then turned to me, smiling, the Luger held loosely in his right hand.

That’s how I met him, this grave-looking, clean-cut totally mad young man, who walked through my town with a gun, leaving a wake of tears and agony and murder behind him. 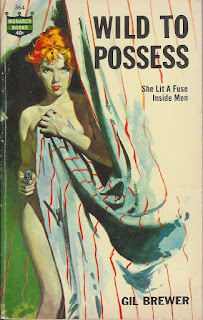 She Lit A Fuse Inside Me

When Lew Brookbank snatched the kidnaped Hagan woman from the Florida cabin and hid her in his attic, he figured her husband – who was also the kidnaper – would fork over the ransom money expected from Flo Hagan’s wealthy mother.

But after Lew had mad made Flo his prisoner, he found three aroused females on his hands:


Lush, amoral ISOBEL – Ralph Hagan’s mistress – who wanted her share of kidnap loot and love… His own love-hungry RITA who visited Lew nightly while the woman in the attic waited… And wild FLO herself who, even though bound hand and foot, proved she was all a man could handle…
Posted by col2910 at 00:10