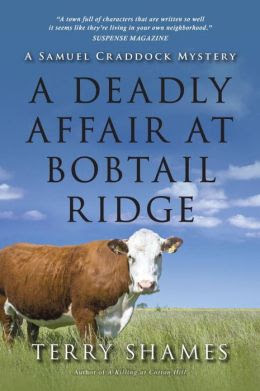 In the course of their developing friendship, Samuel Craddock has learned to accept that his neighbour Jenny Sandstone’s personal life is strictly secret. But when her dying mother tells Craddock that Jenny is in danger, he is confronted with a dilemma. He wants to respect
Jenny's privacy, but he is haunted by the urgency in the dying woman's voice.

When Jenny is the victim of a suspicious car accident, Craddock has no choice but to get involved. He demands that she tell him what he needs to know to protect her and to solve the mysteries surrounding the strange events that began taking place as soon as Jenny’s mother passed away.

Forced to confront the past, Jenny plunges into a downward spiral of rage and despair. She is drinking heavily and seems bent on self-destruction. Craddock must tread lightly as he tries to find out who is behind the threats to her. But only by getting to the bottom of the secrets buried in Jenny’s past can he hope to save her both from herself and from whoever is out to harm her.

This is the fourth book in the Terry Shames – Samuel Craddock mystery series and another one that I really enjoyed.

There’s something about these books that suck me in; a combination of factors - the small town setting in Texas and the cast of characters many of them regular features in our widower Craddock’s life. Craddock was chief of police, then retired, but came back unpaid after the town went bankrupt and his replacement Rodell buried himself in a bottle.

Here Craddock gets involved in trying to uncover who is harassing his neighbour – Jenny. Not an easy task when Jenny herself is a closed book. Work related? Her work with the DA’s office could have made her a target. Or personal? The reappearance of her previously unmentioned brother, Eddie has added to Jenny’s woes. Already struggling to accept her mother’s death, with Eddie back in town and inveigling himself into his mother’s will on her death bed, her emotional state is vulnerable.

Our investigation targets a couple of lowlifes – a father and son double act – Jett and Scott Borland. Borland senior, an ex-con and his son are also suspects in Jenny’s harassment. Jenny was involved in sending Scott to prison and our meth-cookers would be happy to see her get some payback.

After attacks on Jenny’s horses and later on her life when her car is run off the road, Craddock eventually stops pussy-footing around. Digging back into the secrets of Jenny’s family and her past including her father’s disappearance and her brother’s chequered high school history, Samuel discovers the cause of Jenny’s animosity toward Eddie and a lot more besides.

An interesting narrative with Craddock teaming up with the nearby chief of police in Bobtail Ridge as his enquiries take him out of his jurisdiction. In the meantime, regular life in Jarrett’s Creek continues and we have a few highs and lows with the regular cast, especially Rodell.

I did guess the big reveal a fair while before it showed itself, but didn’t enjoy the book any the less because of that. 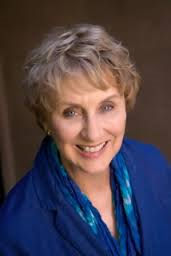 A great mystery and one at a slightly gentler pace than a lot of the books I read.  I’m looking forward to reading the recently released fifth in the series – The Necessary Murder of Nonie Blake.

A Killing at Cotton Hill, The Last Death of Jack Harbin and Dead Broke in Jarrett Creek are the first three books in the series. Click on the titles to see my thoughts on each.


Thanks to the publisher Seventh Street Books for my copy of this.
Posted by col2910 at 00:10