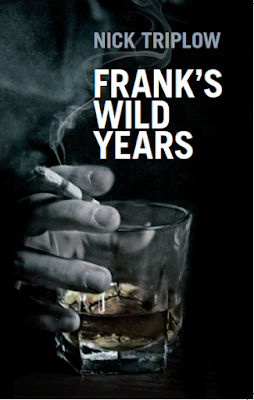 Frank’s Wild Years is a story of betrayal and last chances at the frayed and fading edges of the south London underworld.

IN THE TWILIGHT days between Christmas and New Year, ageing Frank Neaves is about to drink away his last tenner in a Deptford boozer. A former friend and associate of long-dead local villain Dave Price, Frank’s scotch-soaked meditation is interrupted when it’s discovered that Carl, Price’s son and the pub’s landlord, has disappeared leaving an oblique one line note for barmaid, Adeline.

After a visit to Carl’s mother, Rose, they discover he has gone to Hull to bring his young daughter, Grace, back to south London to celebrate New Year’s Eve. Adeline knows this means coming up against the malevolent James O’Keefe, Carl’s ex-wife’s new bloke and small time crook. Certain of a violent confrontation that the Carl can’t win, Adeline persuades Frank to join her and together they take a slow train for Humberside.

Over the course of the next few days, Frank, Carl and Adeline each have a chance to redeem past mistakes, none more so than Frank, whose past comes back to haunt him in ways he could never have imagined.

'An urban masterpiece; riveting from first to last. Nick Triplow is the true successor to Ted Lewis.' Mike Hodges, Film Director - Get Carter

The best book I read last October and confirmation of the foolishness of my decision to disregard British crime fiction for about 20 of the past 25 years reading.

We have an interesting story of Frank, a man with a chequered past, still mourning the loss of his true love through his deceit and weakness in refusing to disassociate himself from criminal sorts.

Frank is coerced away from his bar stool to try and help Carl. Carl has embarked on a suicide mission to Hull to try and get his daughter back from some pond life up North. Does Frank still have it in him to sort things out, with one last hurrah or is he an old soak better suited to frittering his days away in the corner of a grimy pub?

We're about to find out.

Fantastic characters, particularly Frank, with some able support in the guise of Adeline and a great South London setting, both in the present and the past of Frank's heydays.

I enjoyed reading and the discovery of Frank's past - his actions, the consequences and his regrets.

Tremendous writing, I was hooked from the opening paragraph........

You know Frank, he’s the bloke who used to line up dry roasted nuts on a bar towel and flick them at Adeline every time he needed a refill. And Adeline, she’d take the hit, usually on the bare roll of flesh between her too-short, too-tight sweater and too-low, too-tight jeans, then top up his pint glass without a word. It was like that for as long as anyone could remember, and that’s longer than most of the regulars who think of the John Evelyn as home.

Ticks in every box. If I had a complaint it would be that at a shade of over 200 pages this was too short. 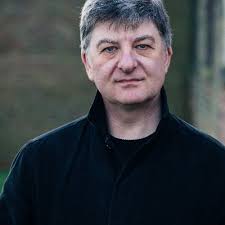 I've previously enjoyed Nick Triplow's The Debt.
He has a couple of non-fiction books to his name and a soon to be published biography of Ted Lewis - Getting Carter.