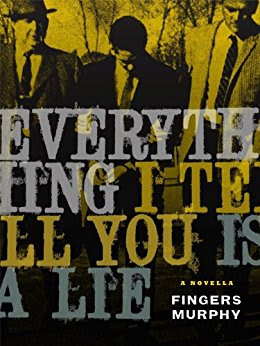 Fingers Murphy was recently named one of the Top 3 Indie Crime Authors by Crime Fiction Utopia.

Readers and reviewers call his work "poetic" "literate" "fast-paced and suspenseful" and "as good as it gets."

Now Fingers Murphy pushes his work in a new direction with this deceptively simple novella that explores the basic question: what drives someone to kill?

The answer, like life itself, is never as simple as it seems. As a prison psychologist and his young patient peel back layers of violence, abuse, mistrust, and missed opportunities, we see a family imploding on itself and the sometimes disastrous effect parental decisions have on children.

Killers aren't born, they're made.

This 30,000 word novella will keep you up late to finish it in one sitting, and it will stick with you long after you put it down.

Fingers Murphy is the pen name of a well-known international criminal defense attorney.

A bit of naval-gazing with this one. Our protagonist has been in prison for over five years for his part in the death of someone - a someone unknown to the reader as yet.

His release date is approaching and our story is relayed to us through his monthly session with the prison psychologist. The sessions are designed to prepare him for life outside; to help him confront the decisions he made in an effort to steer him on a better path in future.

A difficult upbringing, a drift away from school into a dead-end job which in time leads to unemployment, a fracture in the family and friction with a step-father, death and loss and coping with a sick relative and bereavement, a relationship founded on fun and lust and floundering in hardship.

Not necessarily poor choices made, just a drift caused by lethargy and a lack of purpose. A flash of temper and a fiery confrontation and a gesture of spite = unintended consequences and where we are today.

Thoughtful, powerful and impressive. Factor in short as well - 128 pages total, a fair few of which are a sample of his three other books. I'll be reading more from Fingers Murphy in the future. 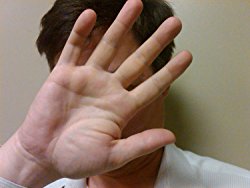 $200 and a Cadillac, Follow the Money and The Flaming Motel await.