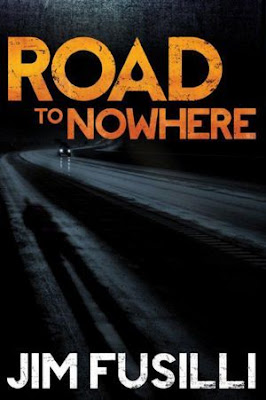 For years the drifter haunted the background of American life, roaming the side streets and highways that crisscross this vast country. Cool and handsome, with a single teardrop scar and a knack for silence that keeps the world at bay, he is a man alone.

That all changes on a rainy night in Chicago, when he witnesses a brutal assault on a young woman. By the time he reaches her, the assailant is gone, leaving a trail that is all too easy to follow. But playing the good Samaritan may be more trouble than it’s worth, when his moment of conscience hurls him into a shadowy world of violence, intrigue and deception.

Caught between duty to his fellow man and the anonymity of life on the road, the Samaritan could walk away. But when his estranged teenage daughter is threatened, he will make his choice—and never look back. By turns violent and insightful, this suspenseful novel from acclaimed journalist and author Jim Fusilli introduces an unforgettable hero to the ranks of contemporary American fiction.

This opener in a two book series from author Jim Fusilli was my favourite book read last November.

A lone man drifter type allows his conscience to get the better of him when he witnesses an attack on a woman. Kind of similar to Reacher in some ways, though here our protagonist has a past and family which gets gradually revealed to us. He has a daughter, though he is estranged from her and not necessarily through choice. Past events robbed our main man of his wife and his daughter of her mother, events which the father is blamed for. Efforts to reach out to her are continually rebuffed though I don’t think he’s about to give up trying.

I can’t recall if our hero is identified and has a name or not, either way it doesn’t matter too much. Once he inserts himself into the attacked woman’s life and problem he’s involved to the bitter end. Our woman has been a bit reckless and naive, as well as dishonest. She’s stolen from her boss and he’s a spiteful, vengeful bastard.

Our man attempts to resolve her difficulty and get her back her life.

Enjoyable plot, interesting main character and family dynamic, plenty of tough guy action, a bit cerebral as well. Violence isn’t going to offer a final solution to our situation here, a bit of diplomacy and negotiation is also called for. 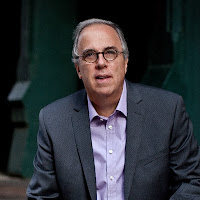 I’m looking forward to the second in the series – The Billboard Man.

Jim Fusilli has written about half a dozen novels in total.
His website is here. He's on Twitter - @jimfusillibooks