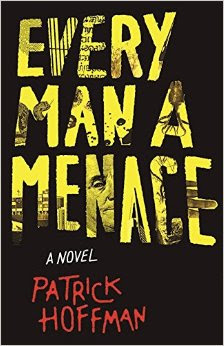 Patrick Hoffman burst onto the crime fiction scene with The White Van, a bank heist thriller set in the back streets of San Francisco and a finalist for the CWA Ian Fleming Steel Dagger Award. Now he returns with his second novel, Every Man a Menace, the inside story of a ruthless ecstasy-smuggling ring.

San Francisco is about to receive the biggest delivery of MDMA to hit the West Coast in years. Raymond Gaspar, just out of prison, is sent to the city to check in on the increasingly erratic dealer expected to take care of distribution. In Miami, the man responsible for getting the drugs across the Pacific has just met the girl of his dreams—a woman who can't seem to keep her story straight. And thousands of miles away in Bangkok, someone farther up the supply chain is about to make a phone call that will put all their lives at risk. Stretching from the Golden Triangle of Southeast Asia to the Golden Gate of San Francisco, Every Man a Menace offers an unflinching account of the making, moving, and selling of the drug known as Molly—pure happiness sold by the brick, brought to market by bloodshed and betrayal.

From the blurb this book sounds right up my street and I'm fairly sure I enjoyed it up to a point. (Read last year in June, 2016 and scored at a 4 from 5 on the arbitrary scoreboard.)

My major memory is of a big WTF moment maybe a third of the way in which totally threw me. I kind of felt a sense of disconnection from the book immediately afterwards, which if that was the author's intention........10/10 top marks! Never saw that one coming.

Thereafter things are kind of fuzzy - maybe someone slipped me some Molly while I read on in an amnesic stupor.

A friend has told me that the measure of a good book isn't whether you have recall of all the details, just your reaction to it when reading it and just after you've finished. That said I'm disappointed in myself.

The first section sees Raymond Gaspar, released from prison and sent to supervise and intercede if necessary in a regular drug deal which one of his protectors in prison set-up and receives a cut from. Arthur, Gaspar's benefactor appears concerned that one of the parties in the deal is acting strangely and may want them replaced by Raymond. Raymond does as instructed, but the two parties may not be quite so amenable or pliable as Arthur has led him to believe.

Tense and claustrophic is how I would describe the atmosphere around Raymond as he tries to manipulate events to his end. This doesn't go well.

After that......who knows. I could try and skim the book and blag it, but CBA. I do intend to re-read, maybe I'll go at a pace of a chapter a day, so can re-read without seriously affecting the other books on the go. 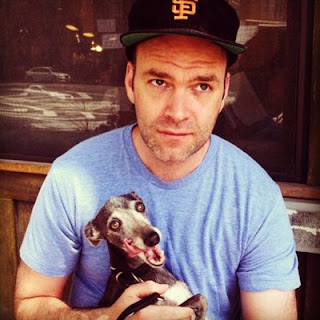 Overall enjoyable, but I could be an unreliable narrator!

I have Patrick Hoffman's acclaimed novel The White Van on the shelf somewhere.