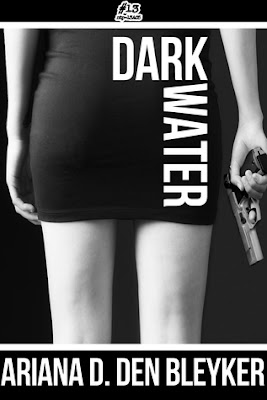 Love is complicated. Murder even more so...
When Henry’s wife is murdered he’s forced to disappear. Nobody would believe he didn’t kill her. His sister, the only witness, won’t testify. His brother-in-law, the detective, doesn’t trust him. His mistress, the investigating pathologist, won’t help him. They all have their own secrets to protect.

And after all, Henry killed so many others before.

Dark Water is a pitch black tale of suicide, torture, murder and revenge as an artist returns to produce his greatest work out of those closest to him.

“Ironically, Dark Water, though about grim and depraved crime, made me euphoric while reading it, sentence by strikingly beautiful sentence. This book shows Ariana D. Den Bleyker to be one of the major talents of our age, with a mastery that allows her to change our psyches forever with the profound dynamics between her characters.” -Tantra Bensko (Unside: A Book of Closed Time-like Curves)

"Beautiful in its prose and sadistic main characters... Will make a terrifying movie." -NotesontheShore

13 crime novellas and short novels over 13 months, on the 13th of each month. Find out more at www.numberthirteenpress.com

I'm endeavouring to read my way through the 13 books put out by Number 13 Press and this one my 7th was my first difficult and disappointing read if I'm truthful.

I just didn't care about any of the characters on display, I just felt a sense of total indifference and as a consequence the plot and any events that unfolded, events which I also found utterly confusing, were rendered toothless.

Sad to say, I struggled through this one.

We have a wife, a husband, a sister, a brother-in-law. They are also a murderer, a witness, a cop and a mistress. We have a murder, a fire - maybe a couple, a funeral - perhaps two, a man on the run and a bit more besides.  Should have been my sort of read in reality, but either it was poorly executed, or I'm totally off my reading game at the minute. The truth probably lies somewhere in the middle.

There were a couple of quotes which I found memorable and which gave me pause for thought....


Most of the time, he thought, you can tell the living from the dead looking at their eyes, but not so much anymore. 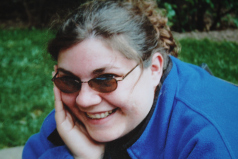 I wish I had enjoyed it a bit more.

Ariana D. Den Bleyker has her website here. She is the author of about a dozen books.