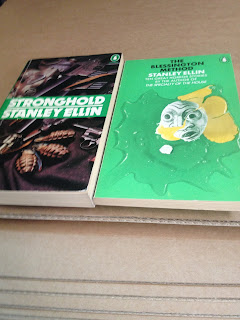 A blog feature which I haven't run for about a year or more returns with the highlighting of a couple of Stanley Ellin books in my collection. 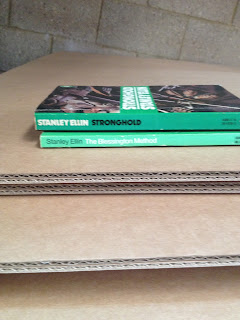 Ellin was an American mystery writer from New York.
Born in 1916, he died at the age of 69 in 1986. He's probably better known for his short stories than his novels. A few of his short stories were filmed for an Alfred Hitchcock mystery series. 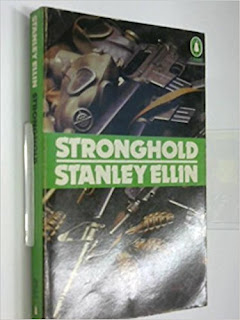 James Flood, just released from a Florida prison, has a desperate scheme. He and his recruits, all hardened criminals, will move in upon a prominent upstate New York family, holding the Hayworth women as hostages while awaiting delivery of a four-million-dollar ransom. Flood expects no resistance. Marcus Hayworth, small-town banker and leading member of the Quaker community, is convinced he can subvert Flood's plan. Instead of going to the police, he will bring his family's crisis before his meeting, asking the Quaker community to back him in nonviolent opposition. Subsequent events isolate both hostages and captors within the Hayworth house, waging a war of nerves that involves more than a clash between good and evil. For Flood cannot be taken for granted. Much deeper than the profit motive is his need for revenge, a most urgent and specific need. And Hayworth's principles have never been put to the ultimate test. 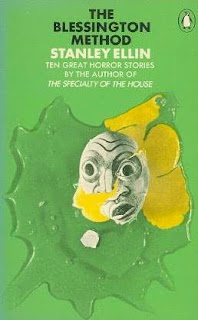 "What is The Blessington Method? There is, you see, a society called The Society for Gerontology, and its primary concern is with the tragic situation of aging. BUT... the problems that the society attempts to solve are not the ones that bother old people. Take Mr. Treadwell. Although he's only forty-seven and in the pink of health, he has an old-age problem. His seventy-two-year-old father-in-law lives with him... and looks as if he will live on forever. Now, for seemingly impossible problems, problems like Mr. Treadwell's, The Blessington Method offers a most perfect solution. If you think there's no crime worse than cold-blooded murder, prepare yourself for the shock of your life."


Not sure when I will get around to reading these two, but I'd better not read them after dark. The old Penguin text doesn't agree with my aging eyesight!

Not sure which I prefer the sound of most - on balance probably the novel as opposed to the short story collection.

I did read Mirror Mirror on the Wall from him back in 2013 - thoughts here. 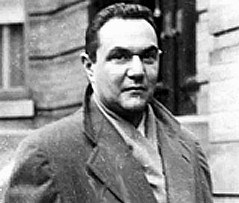