FRIEDRICH DURRENMATT - THE JUDGE AND HIS HANGMAN (1954) 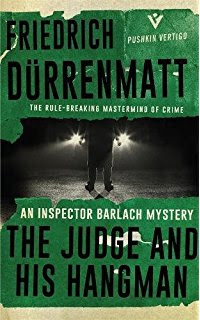 Inspector Barlach is dying. But not fast enough for his arch-enemy

When a member of the Bern police force is shot dead on a Swiss country road, the enigmatic Inspector Barlach and his colleague Tschanz are intent on tracking down the killer. But the ailing Inspector doesn't have time to lose. Soon the pair discover that the victim was murdered on his way to a clandestine party at the home of a wealthy power broker - so why was a local policeman socialising with some of Switzerland's most influential men? Who was his shadowy host? And why has Barlach's past returned to haunt him in his final hours?

The Judge and His Hangman is a thrilling tale of lifelong rivalry, and of two men chained together by a wager that would destroy them both.

Friedrich Dürrenmatt (1921-1990) was a Swiss author and dramatist, most famous for his plays The Visit and The Physicists, which earned him a reputation as one of the greatest playwrights in the German language. He also wrote four highly regarded crime novels: The Pledge (adapted for a 2001 film starring Jack Nicholson), Suspicion and The Execution of Justice, are also published by Pushkin Vertigo.

This re-issue from Pushkin Vertigo is a slim offering at 128 pages long, but for my reading tastes the length is a plus. The murder of a policeman and the subsequent investigation is interesting though it takes us until over halfway to discover in fact that there is more going on than meets the eye.

Inspector Barlach is and has been battling a foe for over forty years, unsuccessfully thus far. He has a last opportunity to bring him down, before his own ill health does for him.

I liked Barlach as a character - his solitude, his methods, his irritation with his superior and his clever manipulations, orchestrating events and people like a puppet master to achieve the desired outcome. More than one way to skin a cat. 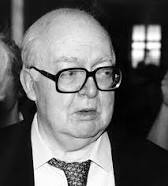 I'm not usually a massive fan of older books (pre-early 60s is where I draw the line), I'll happily make an exception for Durrenmatt.

A few more from him sit on the pile - The Visit, The Quarry, The Execution of Justice, Suspicion.