SPENCER LEIGH - BEST OF THE BEATLES: THE SACKING OF PETE BEST (2015) 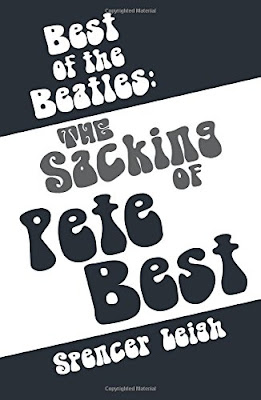 Why was Pete Best sacked from the Beatles? In this unique book, based on extensive research and interviews with those close to the events, Spencer Leigh has gathered the clues together to try and solve the greatest Beatles mystery of all. On 16 August 1962, the Beatles drummer, Pete Best, went to see their manager, Brian Epstein, in his Liverpool office. He thought that Epstein wanted to discuss future bookings with him but instead, Epstein sacked him. Pete had not seen it coming. Why did Brian Epstein do it and not the Beatles themselves? Why did they want to be rid of him? Why did they do it so callously? Pete never spoke to any of them again. Best of the Beatles: The sacking of Pete Best tells you what really happened and is essential reading for Beatles fans.

A bit of a departure for me here with some non-fiction relating to no less than the Fab Four – The Beatles. Now while I’m well aware of their music – who isn’t – I couldn’t especially lay claim to being a fan.

Pete Best would have been sacked before I was born and the group themselves would have fractured and split long before I started showing any interest in music. In truth I’d be more interested in reading about why Johnny Rotten departed The Sex Pistols.


Well how did we go then…….short (a plus point) and anecdotal with a lot of episodes and events from Liverpool and Hamburg recounted from the early 60’s. If you’re anything like me, a bit of gossip and a bit of chit-chat and Chinese whispers does have a certain attraction, particularly when the figures involved are undoubtedly rich and famous, thick-skinned celebrities.

Spencer Leigh knows his stuff and if he doesn’t he knows a man who might. By the end of the book whilst there is no definitive, cast-iron, absolute reason for Best’s sacking there’s a few pointers as to what it most likely, in all possibility, most feasibly may have been.

I did learn a few things I didn’t know previously, or knew and forgot, or suspected or hadn’t even thought about ………John Lennon could be cruel. Paul McCartney was possibly vain and jealous. His brother had delusions of grandeur, namely that he could have replaced Best as the drummer. George may have been the sneaky one stirring things in the background. Ringo was unapologetic and unrepentant at replacing Best as the drummer – why should he be – he was a better drummer than him, in his own opinion. Best was surprised and shocked and remarkably didn’t go on to live a life soured by bitterness. Hopefully in time, he made a few quid out of his early contribution.

Overall, interesting and entertaining and fulfilled a particular reading yen at the time, without making me want to rush out and buy everything they ever recorded. 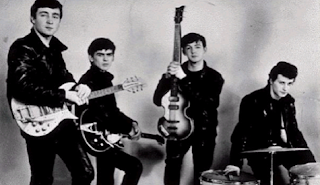 As an aside, I do find myself reaching for the OFF button every time McCartney appears on my small screen or radio – happily an occurrence that happens less and less these days. (Surely there must be some island faraway that him and Elton and the Stones can be incarcerated on, so they don’t embarrass themselves and the British public any longer.)

Give him his due though – when I was growing up my sisters' had Wings' album – Band on the Run and it wasn’t half bad. 
Thanks to Linda and the publishers – McNidder & Grace for my copy of this one.