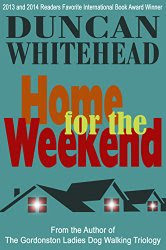 Ashley has to work late. There is a serial killer on the loose who has abducted and murdered women driving alone. Her husband and children are waiting for her, and all she wants to be is home for the weekend.

A freebie short story from another new-to-me author, after an invitation from him.

Verdict – an enjoyable 20 minutes or so in the company of Whitehead and let’s be honest another score on the board towards the year-end reading target.

We have a split narrative, Ashley is working late and is struggling to be on time for her husband. She impulsively takes a short-cut to avoid the Friday night traffic. A decision she soon regrets when a van pursues her recklessly. Aware of the recent abductions Ashley becomes increasingly anxious, a situation exacerbated by lack of cell-phone coverage and a petrol tank running on empty.

In our second alternate narrative, we see things through the eyes of our killer’s latest victim. (Who is it?) Abducted and secreted in a box in the back of a van. Taken after work, extremely fearful……waiting for death.

Great set-up, great characterisation as Whitehead skilfully weaves a background for our main characters into a short fast-moving tale. 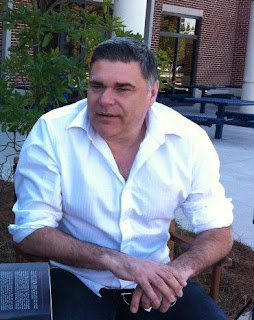 Interesting twist which I was kind of expecting, but still well executed.

Duncan Whitehead has a website here. I did get one of his other offerings when it was a freebie on Amazon on the back of reading this. The Reluctant Jesus awaits. 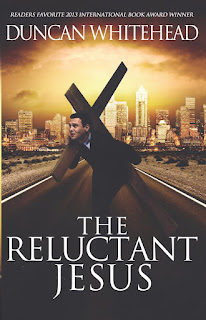 A wild and romping quirky comedy from the author of the bestselling and award-winning novel, The Gordonston Ladies Dog Walking Club. The year is 1999 and the millennium is fast approaching. Baseball fan and thirty-two-year-old confirmed bachelor and architect, Seth Miller, is content with his life, as long as the Yankees win and his mother stays away from his Greenwich Village apartment. Seth's life though is turned upside down when he is informed by his overbearing and overprotective mother that he is God's youngest son, and by default the second coming of Christ. Initially convinced that his parents are crazy, his thoughts of their committal to a suitable care facility are superseded when he receives an unsolicited telephone call from God himself. With Armageddon fast approaching, and due to some poor editing and proofreading of the Bible, Seth must assume the role of Christ and fight God's corner in the 'Final Conflict' between good and evil. Despite his initial reluctance and attempts to shirk his new responsibilities, God is insistent, and Seth is cajoled into undertaking the role of Messiah. With his best friend, and chief follower Bob Nancy, Seth embarks on a calamitous sequence of miracle doing and disciple gathering, all of which fail to inspire the legions of followers expected by God, but leads to a bout of food poisoning for a troop of visiting boy scouts and a suspected attempt on the life of the Mayor. God, a somewhat nonchalant character, is far more preoccupied with the lack of IT and administrative support he is receiving in heaven, than actual events on Earth; and is already planning to move on to other planets that he and Lucifer are in the process of developing for 'future projects'. Enter Maggie De Lynne, as Seth's second disciple and love interest, who adds her own perspective to Seth's predicament; which is only compounded when a just as unsuitable anti-Christ, suffering from IBS and with a penchant for dressing up as cartoon characters, visits his apartment. Throw a 'gangsta' rapping Guardian Angel and Walter, the talking cat - who used to be quiet as a mouse - into the mix, and the scene is set for a hilarious tale of one man's reluctance to save the world and join the family business.