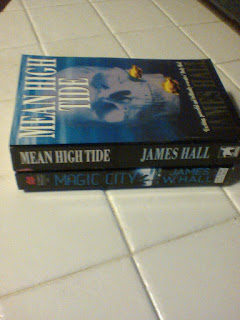 James W. Hall was one of my first crime fiction discoveries when I happened upon the genre either late 80's or early 90's - my memory isn't good enough to pinpoint it exactly.

His Thorn PI series set in the Florida everglades was compulsory reading for me, until at some point, he fell off my radar. When we started our family in the mid 90s - 3 children in 4 years - 95,96 and 98 - I stopped reading and probably didn't get back into it until the early 2000's.........time, tiredness, lethargy, pressure of work all contributing.

Somewhere along the way, I stopped reading a lot of folks, but still kind of kept tracks on them and dipped in and dipped out and bought some books that never got read (not a habit I have managed to break yet) along the way. Ah, the power of the internet! 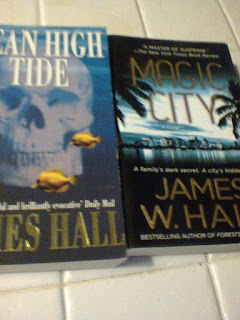 Anyway, Hall has thus far written 14 Thorn books over the period of 1987 when UNDER COVER OF DAYLIGHT appeared, up until 2014 with the latest entry THE BIG FINISH appearing. He has written standalones, short stories, poetry and non-fiction as well. Complete whack job that I am, I do have one of his poetry books somewhere in the tubs - unlogged as yet. I don't even like poetry!


Mr Hall taught for over 40 years at Florida International University in Miami. According to Florida Backroads Travel....Hall's fiction often uses Florida settings as a backdrop, including setting such as the Everglades and Key West. Hall's writing explores the contrast in South Florida between squalor and poverty coexisting with tremendous wealth and glamor 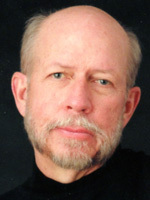 I reckon I have about 11 of these and the intention is to read through the series one a month, a goal that I'm probably a year or two away from even starting! 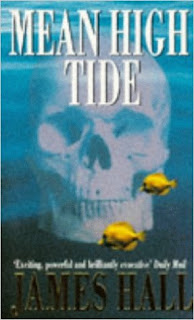 Seeking solace from his violent past in the tropics of Key Largo, Thorn is drawn into a circle of shifty and all too brutal characters when his girlfriend is killed in a scheme involving environmental revenge.

(You don't seem to get much of a blurb with a lot of mid-90s and earlier books.) 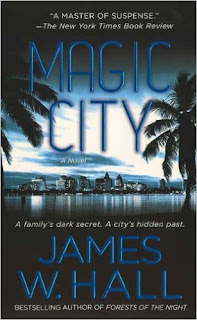 Based on real events, and newly declassified documents, Magic City like the films L.A. Confidential and Chinatown evokes a time in our nations history when powerful men were willing to do whatever they thought necessary to achieve their goals. A simple black and white photograph taken during the 1964 Clay-Liston fight on Miami Beach sets off a modern-day murder spree that reaches from the quiet neighborhoods of Miami to the back corridors of the White House. When the last remaining copy falls into Thorns hands, he and everyone he loves become the target of madmen and trained killers, each of whom has his own powerful motive to see the photograph destroyed forever and its secrets kept hidden.