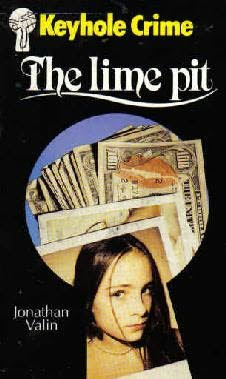 A 1980 book for Past Offences Crimes of the Century August meme.

Jonathan Valin wrote eleven Harry Stoner PI series books between 1980 and 1995, before disappearing from the crime fiction landscape and into the world of music magazines and editing.

The Lime Pit is the first entry into this series and is an ugly, sordid tale of a missing 16 year old street-wise girl and the bereft old man who had been caring for her, whilst she in turn gave him back something other than the ridicule and contempt her friends across the street, Laurie and Lance disdained him with.  Stoner has just wrapped up an easy case and to balance the scales takes Hugo Cratz’s offer of $8 and change in return for half an hour’s time and Harry to get across the road and ask the Jellicoe’s where his Cindy Ann went.

Cratz is playing Stoner and the Jellicoe’s he senses are being less than truthful. Some pornographic photos of Cindy Ann, Cratz keeps in a shoebox, are revealed once Stoner proves himself trustworthy to old Hugo. Harry is immediately wise to the probable fate that has embroiled our not so innocent 16 year old.

Stoner based in Cincinatti heads over the river to Newport, Kentucky…….and into the lion’s den.

Every city has a reason for being where it is. And Newport’s reason is to service Cincinatti, to provide the gambling, the prostitution, and the sin that the good elders of our town have turned out of the city limits. Newport is an open secret, a dirty little joke that nobody laughs at because there’s too much muscle and money in Newport to make it a fun or funny place. It’s a tough, leering border town, with a wide-open police department….

Corruption, pornography, a child-sex ring, politicians, complicity, a dim good ol’ town football hero as a patsy, a bereft homosexual partner, a sad and confused old man, some short-lived romance with an old flame, an attempt on his life and a death inflicted, before some more bloody violence and answers but no happy endings.

Great writing….Abel Jones came trundling down the stairs…..around forty, and he had the sharp mean features of the Appalachian tough – narrow lips, a nose that could open an envelope, black eyes and gaunt, grooved cheeks.

Great characters, especially Harry – though there’s not a whole-hearted endorsement of his methods. Can enabling a paedophile to indulge his passions one more time, be considered acceptable, if it takes you one step further along the road to bringing down the ring and the people responsible? I’m unsure myself. Difficult question, difficult themes, no easy answers. 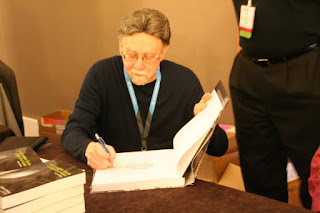 A bought copy from I can’t remember where many years ago.

You can catch some of Valin's music-related articles here.

For an overview of his PI Harry Stoner, you'll need this link to the piece on the Thrilling Detective website