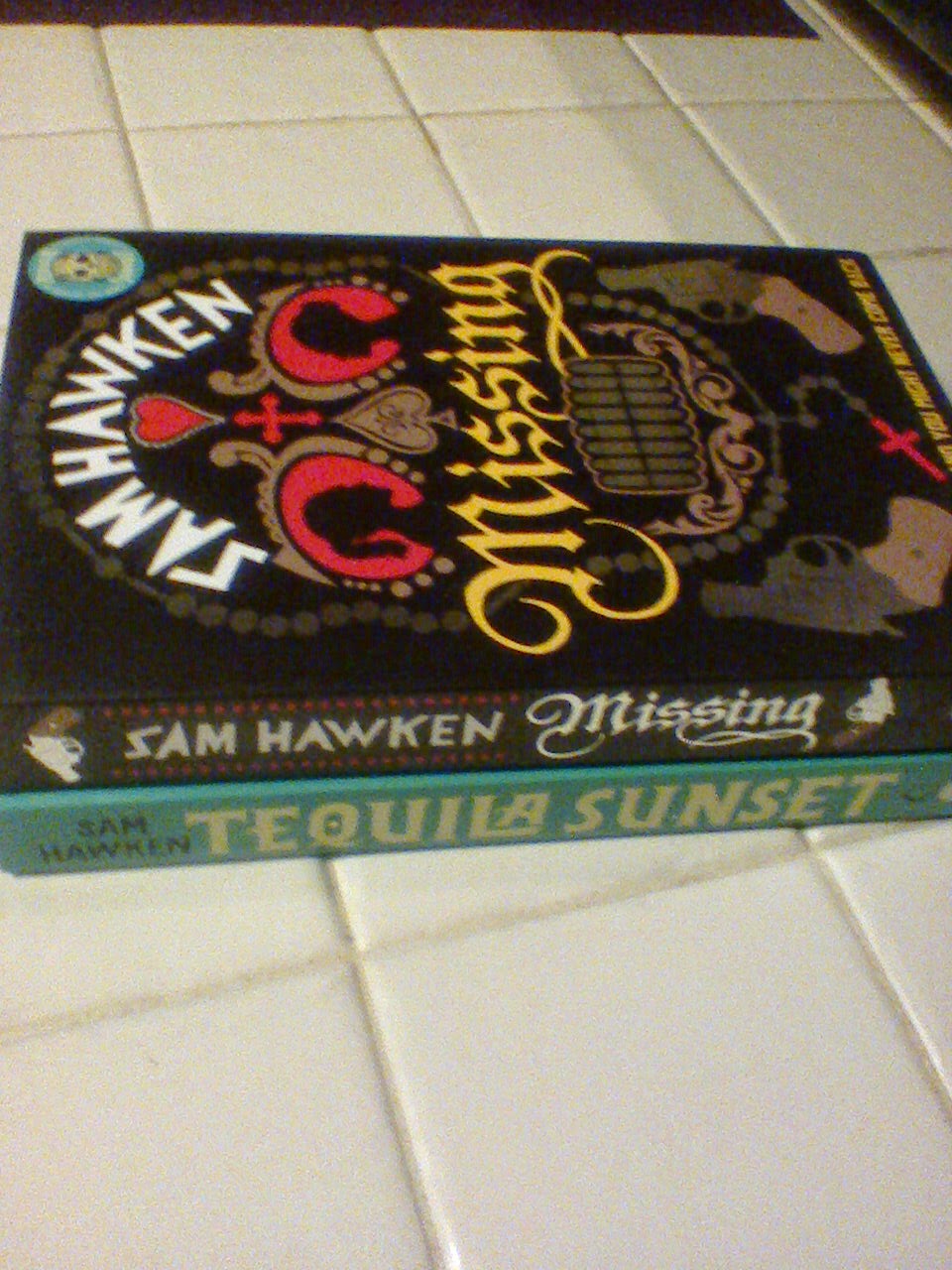 Sam Hawken is an author I have yet to read, which hasn't stopped me acquiring more than one of his books. He has published 6 novels to date and I have definitely got 3,possibly 4 of them.

His debut novel The Dead Women of Juarez was short-listed for the CWA John Creasey New Blood Dagger.

I bought it when it came out back in 2011, so it hasn't been gathering dust for too long.....3 years or so which in my world is practically nothing. 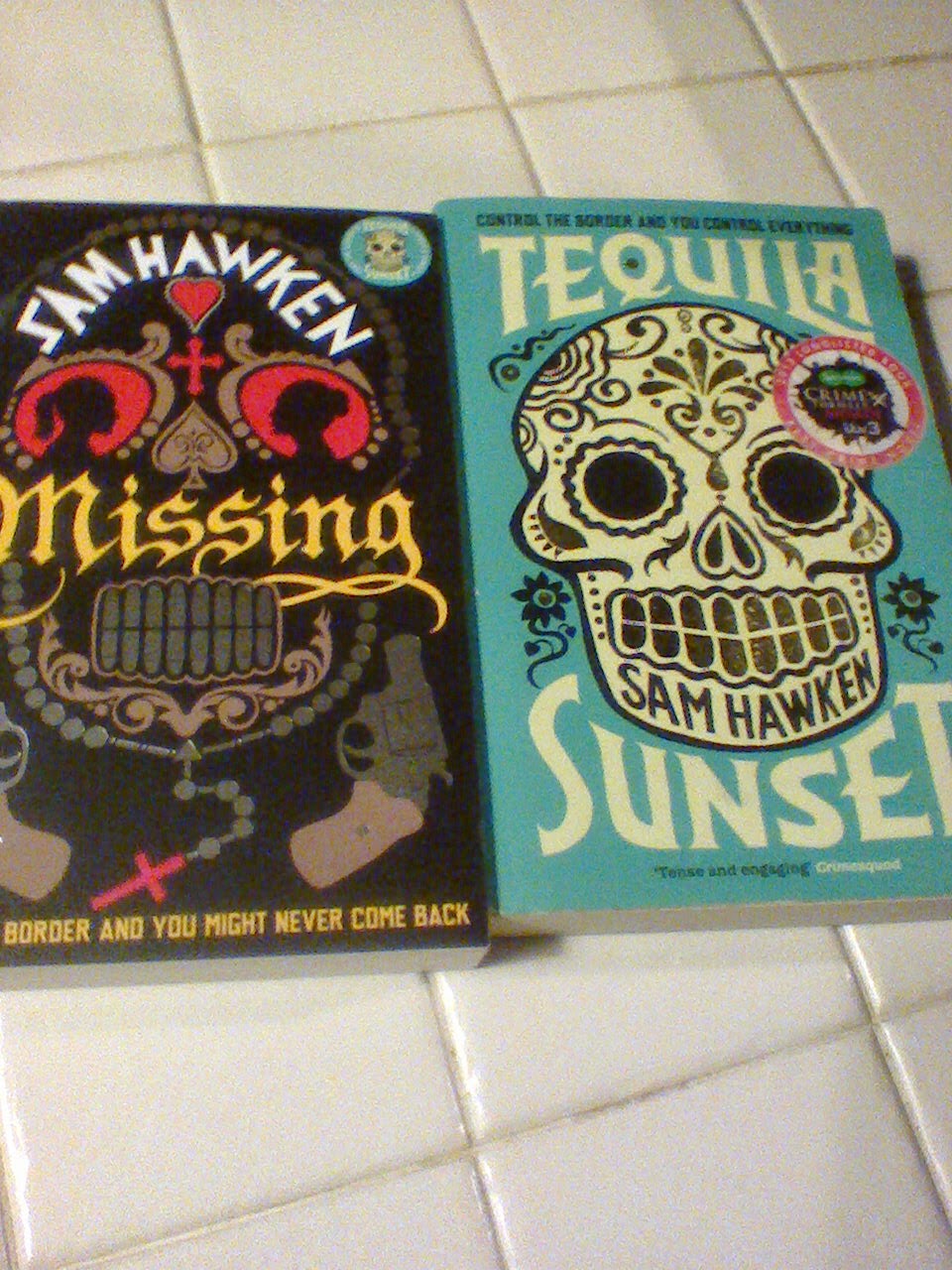 A lot of his books are set in and around the borderlands between Mexico and the US, an interesting setting for the kind of tales I like to read.

Tequila Sunset was published in 2012. Missing came out earlier this year. 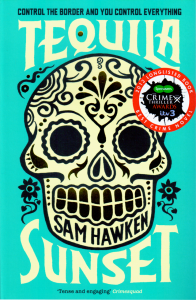 This is a vivid, violent page-turner set in the ganglands of the US / Mexican border. El Paso and Ciudad Juarez sit across the Texas / Mexico border from each other. They share streets, share industry, share crime. One gang claims territory in both: Barrio Azteca, or as the Mexicans call them, Los Aztecas. This single criminal organisation is responsible for most of the homicides committed in Juarez, and Felipe Morales is one of them. Recruited in prison, and now on the streets of El paso, 'Flip' has no choice but to step further into that world, but he has a secret that threatens his life. A witness to murder and intimidation, he tries one desperate gamble to get out. On the American side, El Paso detective Cristina Salas struggles to balance the [illegible] of single motherhood with those of life in the city's gang unit. When her path [illegible] with Flip, their relationship will spell the difference between a life behind bars for the young gang member, a grisly death or freedom. Meanwhile, Mexican federal agent, Matias Segura, must contend with the scourge [illegible] Los Aztecas while coordinating a long-term operation with the American authorities. The Aztecas, north and south, stand in the way if three lives. They have no qualms about crossing the line, about killing, about moving their deadly product, and it all comes together in a confrontation where the stakes are, truely, a matter of life and death. "Tequila Sunset" confirms Sam Hawken as a rising star in the crime world. 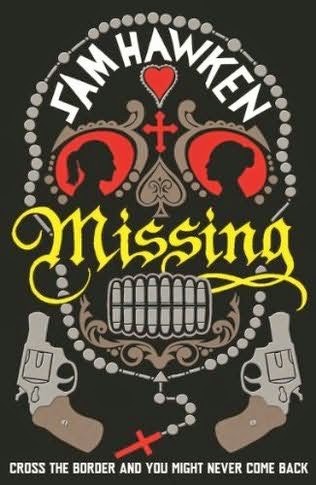 Jack Searle is an American widower, bringing up his stepdaughters alone in the border town of Laredo after losing his wife to cancer.

Jack often takes the girls to visit their Mexican family over the border in Nuevo Laredo. Marina, the elder sister, persuades him to let her go there one night to attend a concert with her cousin Patricia. Jack wants to say no - Nuevo Laredo is a very dangerous city, controlled by drug cartels. But eventually he agrees. Marina and Patricia head out to the concert, but they never come back . . .

A frantic hunt begins, with Jack leading the way. But this is Nuevo Laredo, and girls go missing all the time here. He's lucky to find that a good cop, Gonzalo Soler, is leading their investigation, but soon the whole police force is suspended due to endemic corruption.

To have any chance of finding Marina and Patricia, Jack and Gonzalo must take the law into their own hands. Their efforts to find the girls become more and more dangerous, and they uncover truths about the city of Nuevo Laredo that neither one of them ever wanted to face.


Sam Hawken lives near Washington, DC, with his wife and son. His previous novels, Tequila Sunset and The Dead Women of Juarez, were both nominated for Dagger awards.
Posted by col2910 at 00:05