It is week 18 on the Crime Fiction Alphabet Journey and the turn of the R’s. Hopefully this week will prove a little bit more interesting than last week’s skinny offering which scarcely provoked a reaction.

On paper at least, I have a little bit more choice; whether that translates into books of interest for readers of the blog, only time will tell.

I have avoided a couple of predictable choices. Chances are if you live in the UK you couldn’t fail to have had some exposure to Ian Rankin’s Rebus either in book form or as excellently portrayed by the fantastic Ken Stott on TV.  Ditto Peter Robinson and DCI Banks, though this particular reviewer has a severe aversion to Stephen Tompkinson and has been known, at moments of low ebb usually on a Sunday evening, to heartily wish that he had been eaten by a lion during the filming of the extremely irritating and nauseating Wild At Heart. For the record, I have read a couple of Rankin’s and one Robinson only, though I hope to enjoy more of both in the future. 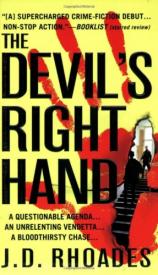 It’s a read from maybe 7 or 8 years ago and it’s a bit of a blur. I recall it’s violent and full of action and therefore won’t appeal to everyone. I don’t believe the violence is gratuitous or unnecessary within the confines of the tale. Keller is a bounty hunter and it made a refreshing change for me to read about someone other than a cop or a PI, though there is probably a lot of commonality with the latter.  I have got the second and third books in Rhoades’ Keller series, so I ought to get back to him again shortly. I’m fairly sure this was a favourite read for me, which makes it all the more puzzling that I haven’t picked up and read the others on the pile, but maybe I’m just not very organised or sensible.

Ex-cons DeWayne and Leonard thought it was a simple plan: Swipe the payroll from a local construction company and make off with easy cash. Pity they left the owner dead. Bigger pity is that the owner's son is a violent drug-dealer who's crazier than the low-calibre ex-cons he's vowed to nail-along with anyone else who gets in his way. Bounty hunter and war vet Jack Keller is the perfect man for his job. With a brain full of combat nightmares, he's primed for every hunt, keen for the heady scent of gunfire, and high on the release each takedown brings. His new quarry is bail-jumper DeWayne, but even Keller isn't prepared for where this chase is going to take him. Caught in a violent vendetta between two trigger-happy rednecks and a psycho blinded by rage, Keller's soon spiralling into a revenge plot set to explode in the North Carolina backwoods. Add to this murderous mix a local cop with his own agenda and his beautiful partner who's hot for men on the edge, and someone's bound to see hell before the night is over.

John Ridley – Everybody Smokes In Hell 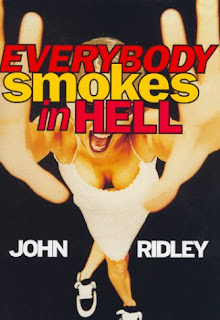 I read this back in 2010, after I started keeping a record of what I had read but before I started writing half-baked reviews. This book is precisely the reason why I started a blog about my reading – primarily so I could refresh my memory of what I enjoyed and disliked about particular books I encountered.  I can’t recall too much, but am 95% certain I enjoyed it. Ridley has written more and I have a couple still to get to. I think he works primarily as a screenwriter in Hollywood.

John Ridley -- author of Stray Dogs and Love Is a Racket -- is back with a brutally funny, outrageous new novel that chronicles the mayhem unleashed by the stumblings of one hapless young man trying to make it in Hollywood.

Sandra Ruttan – What Burns Within 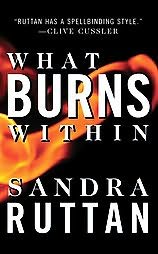 Sandra Ruttan is a Canadian author who has written 5 books in total, all standalones I believe. I read and enjoyed this one maybe 5 or 6 years ago. There are no other Ruttan books waiting on the stack and she was a bit of a one-hit wonder for me, but that’s probably my loss. If money and time was limitless, I would dive back in. Similarly if I happen upon another of her books when I’m out and about, I will pick her up, but I’m unsure if her work has crossed the Atlantic.

One year ago, a brutal case almost destroyed three cops. Since then they've lost touch with one another, avoiding painful memories, content to go their own ways. Now Nolan is after a serial rapist. Hart is working on a string of arsons. And Tain has been assigned a series of child abductions, a case all too similar to that one. But when the body of one of the abduction victims is found at the site of one of the arsons, it starts to look like maybe these cases are connected after all... 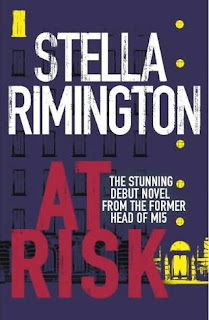 This is the first in a series from the former head of MI5. To date there have been 7 Liz Carlyle novels published and I have yet to read any of them, despite consistently promising myself I would get to them soon. I do like a bit of espionage, intrigue and double-dealing which occasionally blows through the crime laden stacks of the library like a breath of fresh air. I think we also get to see Liz the person in the books, in addition to Liz the intelligence officer. This is a facet I enjoy in fiction as long as it doesn’t overwhelm the plot.

'Our concern - and we've communicated this over the weekend to all stations - is that the opposition may be about to deploy an invisible. An invisible is CIA speak for the ultimate intelligence nightmare: the terrorist who, because he or she is an ethnic native of the target country, can cross its borders unchecked, move around that country unquestioned and infiltrate its institutions with ease. An invisible on mainland Britain was the worst possible news. For Liz Carlyle, an MI5 Intelligence officer, this report from MI6 marks the start of an operation which will test her to the limit and put her own life in jeopardy. As she sifts the incoming evidence and gets reports from her agents she realizes there is an imminent terrorist threat. But who or what is the target? And who and where is the invisible? Time is of the essence in this desperate search and it becomes clear that it is Liz's intuitive skills, her ability to get inside her enemy's head, which offer the only hope of averting disaster. In this terrifying and tautly drawn debut thriller Stella Rimington takes us to the heart of the Intelligence world. It is a place she is uniquely qualified to describe.

Derek Raymond – He Died With His Eyes Open 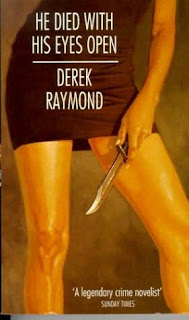 The first in a much lauded 5 book series and despite reading in the genre for over 20 years and having them on my shelves for more than 10, I shamefully admit that I haven’t got to them. I have an excuse for not reading them in the past year, but not for the 9 before. Over 12 months ago, the bailiffs (my 2 teenage daughters) evicted me from my office-cum-study or Criminal Library so they could have separate bedrooms. Whilst this ensured that peace and harmony exists in the Keane household today, my books were summarily dumped ad hoc and at random up into our loft. Mr Raymond and his Factory DS might have to wait a while longer. 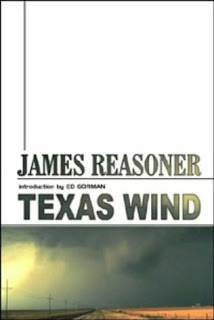 This has only been on the shelves a matter of months, but was written and published over 30 years ago. This was the author’s debut novel and was out of print for many years. At about 150 pages long I hope to breeze through this Texan PI tale sometime soon. Reasoner has written in a few genres with westerns and US civil war books amongst his output. At the risk of offending any American readers, the US Civil War isn’t really something I have a fascination or interest in, I would plump for his westerns if pushed. There are a couple more books of his I will be interested in if I enjoy this one, Tractor Girl and Dust Devils. Both are more closely set in the crime field.

When Cody, a Texas private investigator, is hired to look into what should be a straightforward missing person case, he soon realizes that he's taken on more than he bargained for. The facts surrounding the disappearance of Fort Worth businessman's daughter, twenty-year-old Mandy Traft, are far from clear. Did she run off with her boyfriend? Or has she been kidnapped? With each step Cody takes, the case becomes increasingly dangerous. Before long, he's been warned off, and bodies are starting to tumble. He knows he should get out while he still can. But he can't. Not until he finds Mandy. TEXAS WIND is James Reasoner's debut novel that has achieved a legendary status since its publication in 1980. Considered by many to be one of the best private eye novels ever written, TEXAS WIND is finally back in print. Includes a new introduction by Ed Gorman.

Week 19 next time around and the S’s get a turn in the shop window. Please visit Kerrie's blog to pick up some recommendations from other crime reading bloggers.