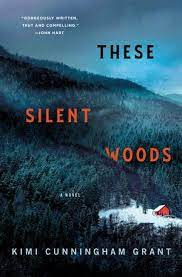 Synopsis/blurb ....
A father and daughter living in the remote Appalachian mountains must reckon with the ghosts of their past in Kimi Cunningham Grant's These Silent Woods, a mesmerizing novel of suspense.
No electricity, no family, no connection to the outside world.
For eight years, Cooper and his young daughter, Finch, have lived in isolation in a remote cabin in the northern Appalachian woods. And that's exactly the way Cooper wants it, because he's got a lot to hide. Finch has been raised on the books filling the cabin’s shelves and the beautiful but brutal code of life in the wilderness. But she’s starting to push back against the sheltered life Cooper has created for her—and he’s still haunted by the painful truth of what it took to get them there.
The only people who know they exist are a mysterious local hermit named Scotland, and Cooper's old friend, Jake, who visits each winter to bring them food and supplies. But this year, Jake doesn't show up, setting off an irreversible chain of events that reveals just how precarious their situation really is. Suddenly, the boundaries of their safe haven have blurred—and when a stranger wanders into their woods, Finch’s growing obsession with her could put them all in danger. After a shocking disappearance threatens to upend the only life Finch has ever known, Cooper is forced to decide whether to keep hiding—or finally face the sins of his past.
Vividly atmospheric and masterfully tense, These Silent Woods is a poignant story of survival, sacrifice, and how far a father will go when faced with losing it all.
These Silent Woods is a fantastic story of family, loss, and peril. A man makes a difficult choice to build a life of sorts for him and his baby daughter. A life of isolation, frugality and loneliness, a life where interaction with society, strangers and the everyday is to be avoided at all costs, lest his momentous past decision crashes their fragile world. Cooper and Finch, father and daughter alone, apart from each other.
Already Cooper feels a hostage to the whims of his neighbour Scotland. Scotland knows what's he's done and their relationship and interactions are uneven ... knowledge equals power and it is met with hatred and suspicion, rightly or wrongly.
Already their world has been tipped sideways. Their confidant and chief replenisher of yearly supplies, Jake hasn't appeared this year. His sister shows instead, late. Jake has passed and a different kind of normal emerges.
A stranger comes into their midst and everything changes. A girl, a camera, curiosity, a fight, a death, and before long the police. Time is running out on them.
I really enjoyed this one. There's a fantastic sense of place and solitude, with an escape from the minutiae of everyday life. There are strong characters in Cooper and Finch. The father is dominant but also ever fearful. He is hasty in his decision-making and judgments, something which becomes a cause of regret later in the book. Finch is young, curious and pushing her boundaries and sometimes her father's buttons. Anyone who has had children knows the inevitability of those minor conflicts. I enjoyed their interactions with the neighbour Scotland. They serve as a constant reminder of Cooper's permanent alertness and near-paranoia. Finch, however has no such misgivings. 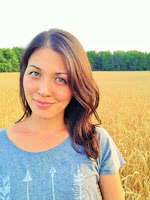 I enjoyed the story and where the author went. There are moments of genuine tension and drama, something which heightens in the latter part of the book. I loved the author's writing. I really enjoyed Kimi Cunningham Grant's previous book - Fallen Mountains a couple of years ago. I can't wait to see what she comes up with next.
4.5 from 5
Read - October, 2021
Published - 2021
Page count - 288
Source - review copy from publisher, Minotaur Books - after a little nudge from the author. (Thanks!)
Format - trade paperback
Posted by col2910 at 05:22