Someone is scraping the scum off the streets of Galway, and they want Jack Taylor to get involved. A drug pusher, a rapist, a loan shark, all targeted in what look like vigilante attacks. And the killer is writing to Jack, signing their name: C-33.

Jack has had enough. He doesn't need the money, and doesn't want to get involved. But when his friend Stewart gets drawn in, it seems he isn't been given a choice. In the meantime, Jack is being courted by Reardon, a charismatic billionaire intent on buying up much of Galway, and begins a tentative relationship with Reardon's PR director, Kelly.

Caught between heaven and hell, there's only one path for Jack Taylor to take: Purgatory.

Purgatory is Bruen’s 10th and latest Jack Taylor novel and unusually for the completist in me I skipped forward to this one, after having only read the first two or three.

An interesting enough read, but a little less enjoyable than I had been hoping for. Perhaps skipping the seven in-between left me feeling more as a fairly impartial observer to events concerning Taylor and his friends Stewart and Ridge, as opposed to having an emotional connection to them and caring – assuming the friendships have developed over the course of the series.

Bad things happen during the course of the book. A vigilante seems to be cleaning up Galway and the Gardai aren’t joining up the dots and acknowledging the connection. Jack ignores notes from the killer, until the murderer makes things personal. Taylor oscillates between manic action with a mad urge to locate someone one minute, to calmly having a drink the next day; said person still unfound. Maybe that’s how damaged alcoholic investigators function?

The usual cultural references and hat-tips towards other novelists and books abound throughout, though they seemed a bit forced and stale to me this time. Perhaps, I’m turning into an old grouch?

Best bit of the book - the slow motion analysis of Ibrahimovic’s spectacular goal for Sweden against England......go figure. 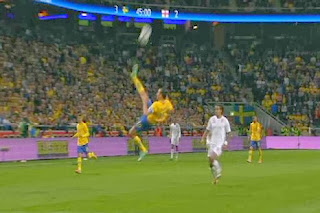 At some point I will read the Taylor books that I have skipped. For now at least Brant rules.

Another book courtesy of Net Galley.