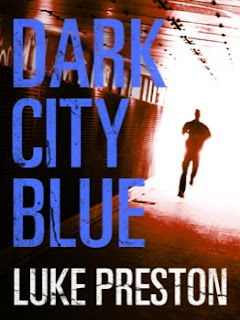 If there's one thing worse than a crooked cop on your heels then it's a whole unit of them.

A fistful of people are murdered, fifteen million dollars is stolen and detective Tom Bishop is stuck in the middle. When he hits the street, every clue points in the same direction - his colleagues in a police department demoralised by cutbacks and scandals. Hunted, alone and with no place left to turn, Bishop embarks on a hellish journey down into the gutters where right and wrong quickly become twisted and problems are solved with gunfire and bloodshed.

Over the next two days, Tom Bishop will be cornered. He will be beaten. He will bust into prison.
He will shoot at police. He will team up with violent criminals. He will become one of them. He will break every rule in the book, chasing a lead nobody else will go near down a rabbit hole of corruption, murder and buried secrets.

Will Bishop become the very monster he set out to destroy?

A modern hard-boiled tale that unfolds at a relentless pace, Dark City Blue is Serpico, if Serpico snorted a fistful of cocaine and hung out with Lee Marvin.

This type of fast-paced crime fiction is usually right up my street ...... death, violence, guns, shooting, murder and mayhem; with bent cops and other criminals colliding with a lone good guy or team struggling to impose some level of sanity on the proceedings, by bringing the rogues to heel.

I say usually and to be fair I did enjoy this trip on the dark-side of one of Australia’s mean cities, but by the end, the level of violence inflicted on and by our hero cop, Tom Bishop had assumed comedic proportions. In my opinion the story suffered because of it. All that was lacking was Bishop and an adversary, going toe to toe with each other – one with a frying pan.....BISH!....the other with a trusty saucepan.......CLUNK! .....as they shook their lumpen heads and carried on swinging as beads of sweat and teeth flew through the air.

Bishop was interesting and generally likeable with a troubled back story, which fleshed out the book and offered a few moments of respite from the shootings and fights. To say he has a dark side would be an under-statement. The support cast were for the most part uninteresting, though there were a couple of exceptions – Bishop’s daughter and another cop Ellison, being the best of a shallow bunch.

The story was okay, not too original (in fairness are there any untold stories anymore?) .....dirty cops engaged in crime – a hero cop trying to stop them. Enjoyable enough, but I was a bit jaded by the end. At no point during reading it, did I long to be doing something else and at a touch over 200 pages it was relatively short. In terms of the action - less would have been more.

Dark City Blue was another debut novel. (There have been a few of them lately.) Preston has followed this with Out Of Exile, his second novel; which also features Tom Bishop. I will read the second book, but I’m hoping for a bit more next time around.

I got this from Amazon UK when it was offered as free for kindle a week or two ago.