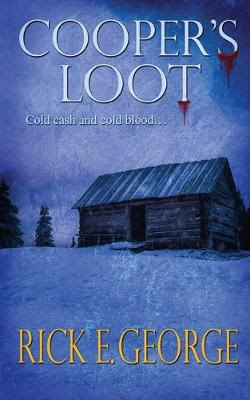 Synopsis/blurb ....
It's 1972, but the Neanderthal editors of reporter Bev Wikowski's newspaper don't have a clue. They've assigned her to the Women's Pages and put her desk near the door so she can greet newsroom visitors. It's a wonder they haven't asked her to make coffee.
Then Bev meets a buddy of the infamous hijacker DB Cooper. Cooper has sent him to gather a posse to find and dig up the loot he buried in the Cascade Mountains. Would Bev like to join the group?
Suddenly, Bev's looking at the possibility of a front-page story on every newspaper in the nation—and maybe a Pulitzer Prize. A young widow whose husband died in Vietnam, she leaves her four-year-old daughter with her parents, hides her work identity, and joins the group. But it doesn't take long before an even bigger challenge demands every ounce of her strength: Survival.
I've always been fascinated by the story of DB Cooper. In 1971, Cooper hijacked a plane, got paid a ransom then parachuted away to .... death, freedom, a life on the lam .... nobody knows, or if they do they ain't saying. Here, author Rick George imagines a friend of Cooper's rustling up a search team to go into the Cascade Mountains to recover the stash of cash in return for a split of the take. It's an interesting premise.
I quite liked the story. Six or seven go off on the hunt and in an almost Christie like And Then There Were None riff, the number of treasure hunters diminish after they locate the loot. Our main focus is Bev Wikowski, an under-appreciated journalist who has the scent of a big story in her nostrils and the chance of some career impetus.
I enjoyed the adventure, probably a lot more than the participants. During the trek, they encounter an extreme blizzard, which threatens their safety. In addition, the inevitable happens - greed sours them and they turn on each other. Tension, paranoia, mis-trust, secrets, death, injury, snow, freezing cold, extreme adverse weather, limited rations, hunger, thirst, shelter, alliances, drugs, guns, burials, fire, and for only a couple of the particpants a long walk to civilisation.
I enjoyed it, though I kind of got a bit bogged down in the middle when reading it. I'm unsure if it was me (tiredness, lethargy, reading burn-out), or if the story sagged. Maybe a bit of both. I enjoyed the outcome and overall was entertained without feeling stunned or amazed. 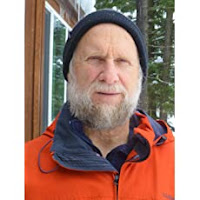