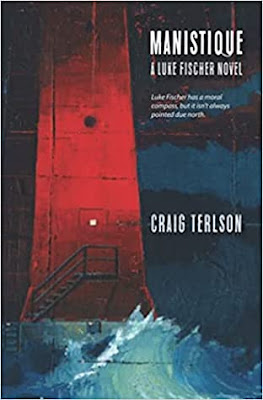 Synopsis/blurb .....
Luke Fischer doesn’t think he’s a detective, but he can’t stop trying to find missing people. As a favor to his friend, and fueled by a steady diet of Pacifico beer and cholula peanuts, Luke goes on a quest to solve a murder that never happened… only to find one that did.
In Manistique, Michigan, Luke teams up with the local sheriff, Sam, a tough, determined woman with a hell of a spin kick. Together they try to solve how a modern-day Johnny Appleseed spread $400,000 across Upper Michigan before ending up on the bottom of the Manistique River.
From the winding roads of perpetually raining Michigan to the sun-baked land and purple skies of New Mexico, Luke Fischer searches for the reason behind the killings, while being pursued by those who would rather he was dead. He never signed up to be a knight errant, but damned if people don’t expect him to be one.
Manistique was a really enjoyable second outing with author Craig Terlson and his main man Luke Fischer. Fischer is a kind of beach bum, who has a knack for finding people when asked and when he needs to put a few dollars in his pocket. He reminds me a bit of a modern day Travis McGee, without the dated attitudes to women and not just because Fischer is reading a MacDonald book here.
Here he's playing back-up to a pal at a dodgy poker game when it turns into a gunfight. The woman his friend was interested in gets shot and Luke heads north to find out why.
A road trip, death, a feisty female sheriff, skimmed drug money, family relationships, secrets, hidey holes, addicts, a hunting party, a resurrection of sorts, much digging and investigating, hiking in the wilderness, shootouts, negotiations, an alliance, another trip - south this time, more conflict, a maybe romance and a helluva lot more besides.
It's kind of hard to do this one justice. It's a busy book, lots going on but it never feels rushed getting where we're going. Plenty of incidents, plenty of interesting characters, popping up along the way, enjoyable interactions between Luke and cops, Luke and crims, Luke and allies. He's as easy making new friends as he is attracting enemies.
Great scenes of action and dialogue and some great writing.
“So where’s the other brother?” Sheriff Clarence asked.
“Dead.”
“Shit on a stick, is there anybody you don’t come across that don’t end up dead? Remind me not to go fishing with you."
“It’s been a bad few weeks,” I said.
I really like the main character, though I'd probably enjoy slightly more back story for him. I think he hailed from Canada originally and my spidey sense tells me he fled due to matters of the heart. Terlson kind of drops little hints and nuggets very sparingly. Sheriff Sam is an interesting sidekick to Luke and there's a great dynamic between the two. The pages turn faster when they're at the centre of happenings.
Interesting story, tremendous characters, reasonable pace, perfect length, multiple settings, decent outcome. So what more do you want from a book? 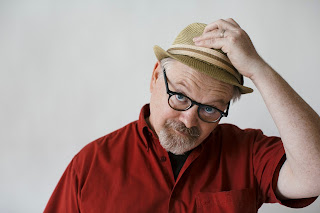 4.5 from 5
Surf City Acid Drop, the first Luke Fischer book was enjoyed recently. There's a couple more from the author on the TBR pile that I'm interested in reading. I'll also look forward to a future outing the next Luke Fischer book when it drops.
Read - June, 2021
Published - 2021
Page count - 236
Source - review copy from Book Sirens
Format - Kindle
Posted by col2910 at 23:47