The last week of the completed Crime Fiction Alphabet Journey for 2013 and the turn of the Z’s in the spotlight. Thanks to Kerrie at Mysteries in Paradise for collating and hosting the journey. Check out other bloggers entries over here.

I have 3 books to spotlight which I have read and enjoyed. Zadoorian’s entry which is one of the best books I have read in the past 4 or 5 years wouldn’t pass as crime fiction but it would be criminal of me to ignore it. There are also 3 books I have on the shelf and laptop still to enjoy. 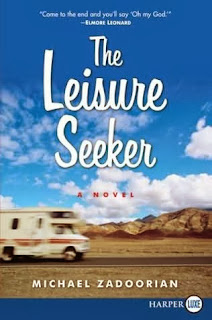 Not crime fiction just a beautiful, touching and moving novel. My wife read this and adored it, so did I. I read this back in May, 2012 before I started penning my thoughts on the books I encountered, but I’m still haunted by it. There’s a review here by bookreporter, which does it justice. If you have an opportunity to try this, don’t pass it up.

This is the unforgettable cross country journey of a runaway couple in their twilight years determined to meet the end of all roads on their own terms. "The Leisure Seeker" is the story of John and Ella Robina, a couple married 50+ years - she has stopped her cancer treatments, he has Alzheimer's - who kidnap themselves from the adult children and the doctors who seem to run their lives, and steal off on a forbidden vacation. Each battling their own infirmities, John pilots their '78 Leisure Seeker RV (it's the one with the left turn signal blinking) along the forgotten roads of Route 66 on a journey of rediscovery. They're not searching for America, but for a past that they're having a damned hard time remembering these days. Yet Ella is determined to prove that, when it comes to life, you can go back for seconds-sneak a little extra time, grab a small portion more, even when everyone says you can't. It's the story of Ella and John: the people they encounter, the problems they overcome, the lives they have lived, the love they share, and how their heartbreak at watching friends disappear into nursing homes inspired them to face the colossus at the end of all roads on their own terms. 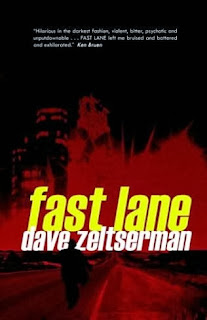 Fast Lane is Zeltserman’s debut novel from 2000. Praised by Ken Bruen among others, it’s dark, bleak noir. I think he’s been likened to James Cain and Jim Thompson on more than one occasion. Not a cosy world by any stretch of the imagination. I've read a lot more books from this guy in the last 10 years or so and he seems to be getting better and better.

When a young woman approaches Denver private eye Johnny Lane to find her birth parents, the last thing he expects is the path the case leads him down. FAST LANE is a harrowing novel where as the chasm between words and reality grow wider, past and present deeds unravel with deadly force. 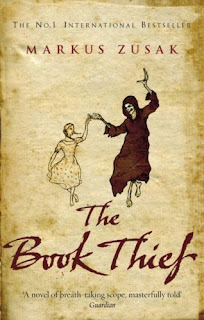 Difficult for me to describe, suffice to say I absolutely loved it, loved it, loved it. Uncomfortable and thought provoking. Zusak seems to straddle the boundaries between teenage YA fiction and adult. Who cares about labelling? His book, I Am The Messenger was pretty enjoyable too.

It's just a small story really, about among other things: a girl, some words, an accordionist, some fanatical Germans, a Jewish fist-fighter, and quite a lot of thievery. . . .

Set during World War II in Germany, Markus Zusak's groundbreaking new novel is the story of Liesel Meminger, a foster girl living outside of Munich. Liesel scratches out a meagre existence for herself by stealing when she encounters something she can't resist - books. With the help of her accordion-playing foster father, she learns to read and shares her stolen books with her neighbours during bombing raids as well as with the Jewish man hidden in her basement before he is marched to Dachau.

This is an unforgettable story about the ability of books to feed the soul. 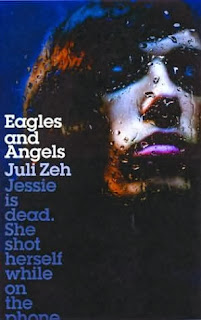 This was a recent addition to the library a couple of months ago. Zeh is German and as I haven’t read much German fiction I’ll make minor inroads into redressing that imbalance when I read this, plus she’s a female writer and I just don’t read enough of them really.

Jessie is dead. She shot herself while on the phone with Max. And now grief-stricken Max, a UN lawyer, is forced to reevaluate everything about their relationship - including what Jessie, a drug dealer's daughter, was hiding. Embroiled with the drama of the Balkan drug trade and the shortcomings of international law, Eagles and Angels is a sophisticated riddle of a novel where mass murderers and civil war heroes exist in a bizarre symbiosis, and where nothing is as it appears. Wunderkind author Julie Zeh is the winner of the German Book Award and the Bremen Forder and the Rauriser Literature Prizes. 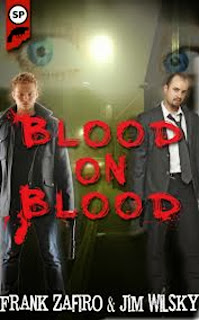 A recent cheapish kindle addition to the library.......biff, bash, bosh.....cops, crims, prison, robbery.....in the words of Del-boy.....”luvly jubbly!”  (Or.....very nice...... for readers unfamiliar with Only Fools And Horses character Derek Trotter.) The cover reminds me of a Simon Pegg film for some reason.

Half brothers Jerzy and Mick Sawyer are summoned to the prison where their father is dying. On his deathbed, he tells his sons about a diamond heist that he was part of and how some of those diamonds are still out there. He sets the two on a path of cooperation and competition to recover the jewels, each playing to his own strengths and against the others weaknesses.

Jerzy is the quintessential career criminal, fresh out of a short bit and looking to get back into the action right away. Mick is a failed cop and tainted hero struggling to get by with a clean life that doesn't seem to ever pay off. Both men see this score as their ticket out but they'll have to work together. Throw the sexy, mysterious Ania into the mix and you have all the ingredients of a classic story set in Chicago.

Jim Wilsky is a short story author with a considerable number of published stories. Many of his stories are in the crime genre. This will be his first published novel.

Frank Zafiro has written numerous novels and short stories, most in the crime genre.

Bruce Zimmerman – Blood Under the Bridge 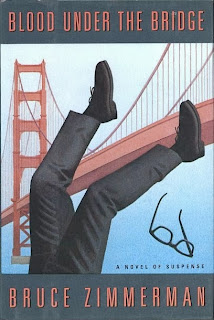 Last entry for the journey and another recent addition purchased to maintain a wee bit of symmetry for this week’s post. Zimmerman is an author I have vaguely heard of, but never tried. This is the first in a 4 book series featuring Quinn Parker. Beyond that, I know very little about author, books and the character.......still I’ll find out more when I read it won’t I?

SAN FRANCISCO --A city of scenic perfection, where executives consult the Tarot, sunny days dawn shrouded in fog... and women are losing their heads for all the wrong reasons.

Quinn Parker knows about fear. He's fought it enough. But nothing could have prepared him for the heart-stopping fright of finding his gorgeous lover dead in her own bed... decapitated. Suddenly, he's the prime suspect in a rash of murders that has the city whispering of a new Zodiac killer. Threatened with a long life behind bars, Parker feels like a caged animal -- until his own instincts for the hunt bring him face-to-face with a madman....

Journey over – arrived safely at the final destination.

Glad it’s all over to be honest!  It's been exhausting. Thanks for your company!