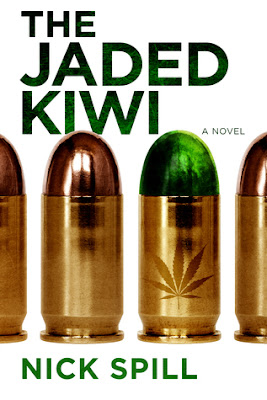 The summer of 1976 in Auckland, New Zealand. There is a severe marijuana drought.

Two couples; a gynecologist and a physicist, together with a violinist and an actress meet by accident in a pub and help a Maori evade the police.

A group of Maori plans to deliver a truckload of cannabis to Auckland.

A Chinese family has harvested four greenhouses of enhanced sensimilla.

A criminal mastermind plots to start a drug war.

The war on drugs starts in New Zealand. Chaos ensues.

A wee while since I read this one and some overdue thoughts….

Great setting…New Zealand in the 70s and a bit of a social history lesson, particularly in police attitudes towards the Maoris – break heads first and worry about asking questions later. I don’t think they were too big on civil rights and liberties back then. (Some notes at the back of the book are helpful in explaining some facets of NZ as it was in the 70s and providing context with details on Maori history, language and culture.)

Plot - a tale of dope growing; two crops, one from the Maoris and one from the Chinese and a white criminal gang lord in the city happy to sacrifice one crop so he can engineer the hijack of the other; always assuming he can concentrate on the task in hand and not get side-tracked by the kidnapping of an old flame. This old flame of his is related to one of our dope growers and a former employee at one of his massage parlours in the city. Opportunity strikes when she rocks back up in the city from the US. (Not just from a business perspective but also regarding pleasures of the flesh!)

A little bit of romance thrown into the mix as well, adding to the plot rather than detracting from it.

Overall – fairly entertaining without being the best book ever. 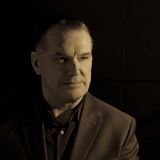 Fast-paced and violent – as well as interesting and not least a bit educational. I know more about New Zealand now than before I cracked the spine on the book.

Author Nick Spill is an Englishman who spent a couple of decades in New Zealand before relocating to Florida. He was kind enough to send me a copy in return for a review.