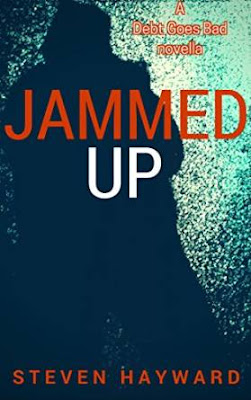 A rudeboy never forgets. It’s been ten long years and ‘Jam’ has been working his way through a list of men who tormented his best-friend, Jabba. Now there’s only one name left to cross off…

When he takes an easy lookout job for criminal entrepreneur, Herbert Long, he knows something’s not quite right. Knock-off gear and bent coppers have never been his bag, but the money’s good and he doesn’t want to live with his aunt forever. All he has to do is get down to the depot, watch a handover and report back what he sees. Little does he know what he’s getting himself and Jabba in to.

He’s not the only one nervous about the deal, DI Terence Pinner needs this to go off smoothly to settle a debt that has him enslaved to South London gangster Raymond Riggs. But with so many people involved and serious money at stake, things get messy very quickly.

Out of his depth and up against an organised criminal gang, Jam has to learn fast to stay alive. But if there's one thing that keeps him going, it's thoughts of sweet revenge...

Two competing gangs of criminals with odd-job man Jam, his mate Jabba and a kind-hearted waitress Siobhan caught up in the middle of it.

Counterfeit goods, a bent copper, a couple of competing criminal overlords – one, Herbert Long, a lot more likeable than the other Riggs – a sadist, just as happy abusing his wife as he is at getting one over on rival Long.

A tale of friendship, loyalty and perhaps love with Jam and childhood friend Jabba watching each other’s backs – unsuccessfully as it happens in this instance. But hey, if you can’t protect, you can avenge.

Chuck a kind-hearted waitress into the mix, someone with a past full of disappointment and loss, but still not embittered and all the ingredients are present for a fast-paced, entertaining read.

Plenty of local dialect and patois on display, (I’m sure I only managed to interpret 80% of it) which adds to the flavour. 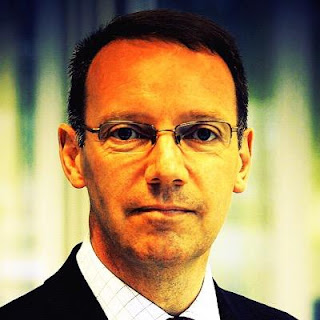 Satisfying from start to finish.

He has another book - Mickey Take also featuring Herb Long available. One for the TBR pile - maybe when it's been reduced a bit!

He was looking for early readers to get reviews out to help spread the word, for this recent release. I’m somewhat late to the party, but was grateful for the copy nevertheless.