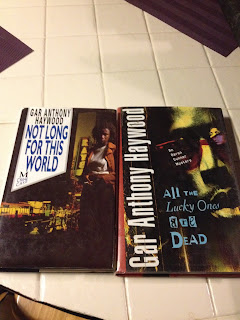 Gar Anthony Haywood was a discovery of mine 20 plus years ago on a trip to London and the capitals now defunct world famous bookshop – Murder One.

I used to get a twice or thrice yearly fix of US crime long before Amazon took over the world and e-books became the norm. I’m not sure if Haywood ever got published in the UK. I think most if not all of my copies of his books are US imports. 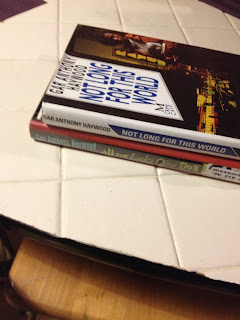 He had 6 in his Aaron Gunner series, published between 1988 and 2000, 3 books in another series and 4 standalone novels, a couple published as Ray Shannon.

From memory I have about 12 of his 13 books and have read only 2 or 3 of them. The rest I’ve been saving for a rainy day! 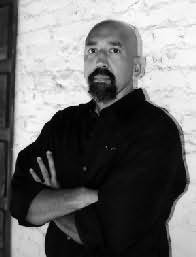 Brash Books have republished a couple of his standalones Firecracker and Man Eater.

Mr Haywood has his website here. Not sure how active/up-to-date it is.

Haywood deserves comparison with Raymond Chandler, Ross Macdonald and Walter Mosley.... It has been too long between books for a writer who has always belonged in the upper echelon of American crime fiction.
Booklist

Haywood adroitly threads plots and subplots together, occasionally smashing character into one another with much brio and bloodshed.
Publishers Weekly

Haywood captures so well and perceptively a time, a place, and a likable protagonist in tough circumstances... Haywood is particularly adept at sliding social commentary into his carefully plotted tales. And his descriptions of Southern California are sometimes worthy of Raymond Chandler.
Los Angeles Times

A masterful mystery writer... Haywood's the real thing, all right, a formidable artist with something important to say about some of the most troubling issues of our day.
Chicago Tribune 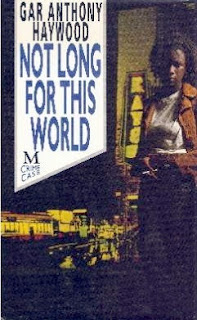 Darrel Lovejoy doesn't owe South Central anything. By all accounts, he is lucky to escape this desperate corner of Los Angeles, to go to college and graduate into a well-paid advertising job. But something compels him to return. He dives into social work, attempting to mediate between the gangs which have brought hell to the streets he grew up on, and he makes slow but steady progress up until the day a shotgun blast cuts him down. 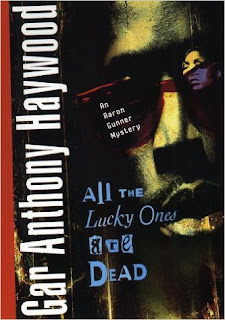 Investigating the alleged suicide of a hip-hop star, Gunner uncovers a murder

Carlton Elbridge, better known as C. E. Digga Jones, was too nice for gangsta rap. When he allegedly shot himself, he had millions in the bank, his face on the cover of Time magazine, and a nation of fanatics to mourn his death. He was found in a locked room, gun in his hand and bullet in his brain, and the police assumed it was suicide. Only the rapper's father thinks otherwise.


Suspecting that his son was killed as the result of a hip-hop feud, Carlton's father hires private detective Aaron Gunner to investigate the death. As Gunner tries to juggle the case with security work for a conservative black talk-show host, he learns that for some in the hip-hop world, the thug life is much more than an act.
Posted by col2910 at 00:10