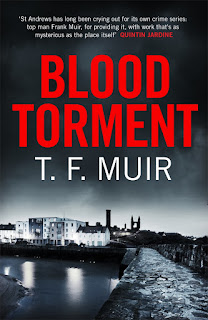 Quite possibly the worst month's reading numbers-wise since records began (2010) - 4 books read in the month, as apathy and lethargy reigned supreme. In a continuation of that prevailing mood, I can't be bothered to check and who cares anyway. 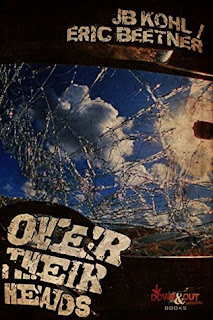 On a more positive note the 4 books I did read, I enjoyed.
They were....

4 were new-to-me authors (attributing 1pt each to Beetner and Kohl), Sweazy has been enjoyed before.

3 hail from the US, (or at least I think they do - again too lazy to double-check), 1 from Scotland, 1 from England, 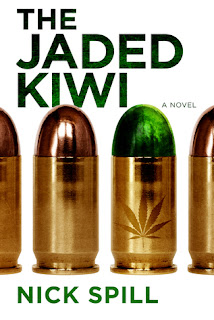 1 hardback, 2 paperbacks and a Kindle read,

2 were series books, though undoubtedly could be read as standalones.

Blood Torment from Frank Muir is the 6th in his DI Gilchrist series and my first taste. If time was infinite and money no object, I'd probably go back and read the previous 5.

Nothing vintage here - all 4 from this decade, 3 this year!

1 title was bought - actually in the same month, 2 copies came from publishers and 1 from the author himself. 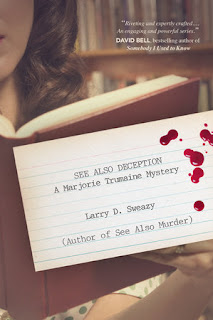 Favourite cover? the one most likely to give me pause and make me pick it up if I saw them all on a table......tough, as none are particularly striking in my opinion. By a short-head....

Kohl and Beetner's - Over Their Heads!

Would I read more from all the authors in the future? (Usually a benchmark for how much I've enjoyed a book.)

T. F. Muir - possibly yes, if I crossed paths with him.

Nick Spill - probably not - too many other authors on the piles

J.B. Kohl - possibly, I may have other collaborative efforts with Beetner already waiting