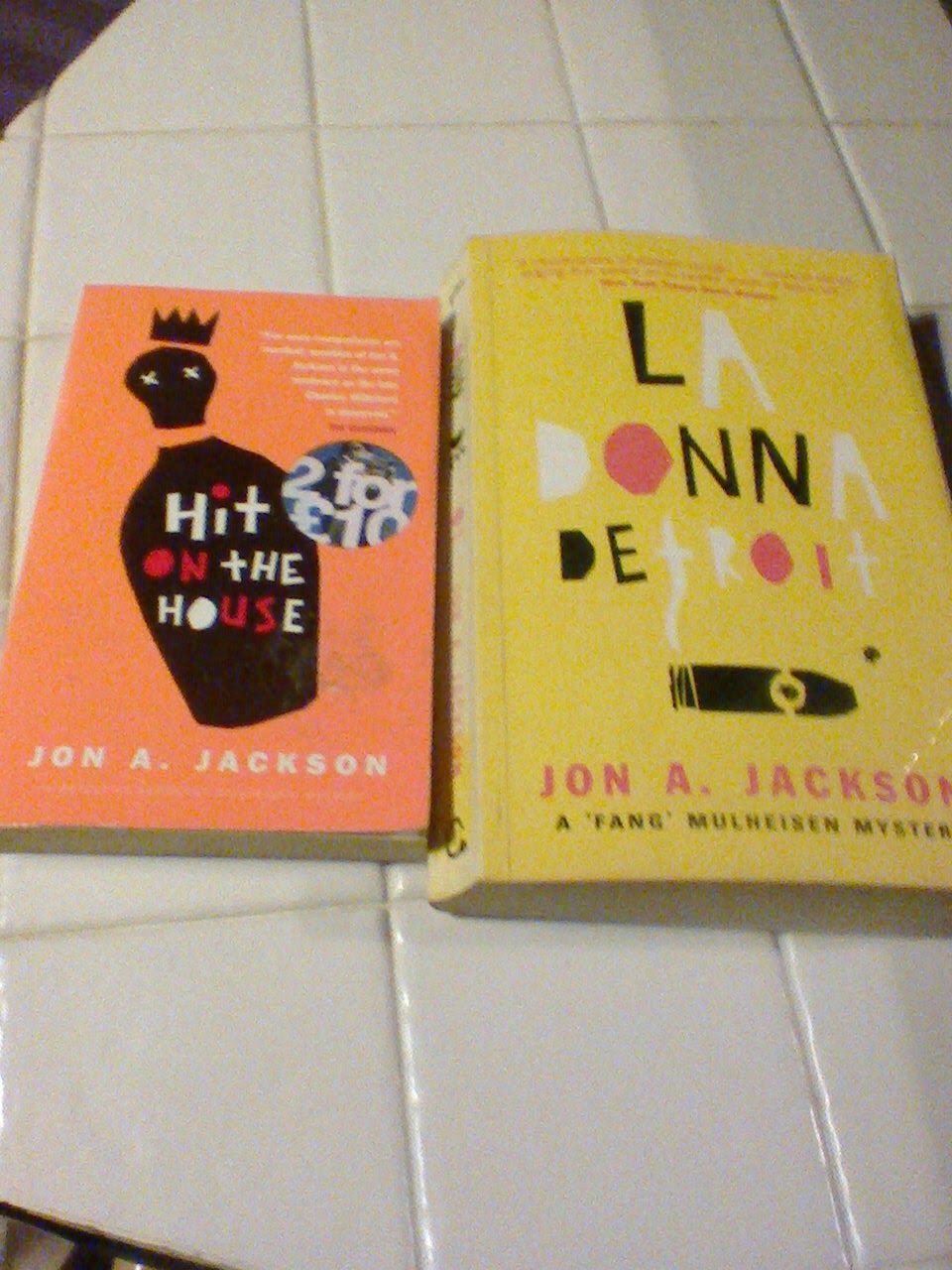 I’m unsure how I discovered Jon A. Jackson or his books, I think I maybe saw a comparison to Charles Willeford and then…..BOOM …….oh this guy has a ten book series set in and around Detroit, let’s buy most if not all of them and then kind of forget about them and never read them. (The sort of thing I used to do more frequently in the past.)

Jackson’s 10 book Detective Mulheisen series was published between 1977 and 2004. I expect I will snag the first when I log it and make a start soon after, as they have been gathering dust for a fair few years now. 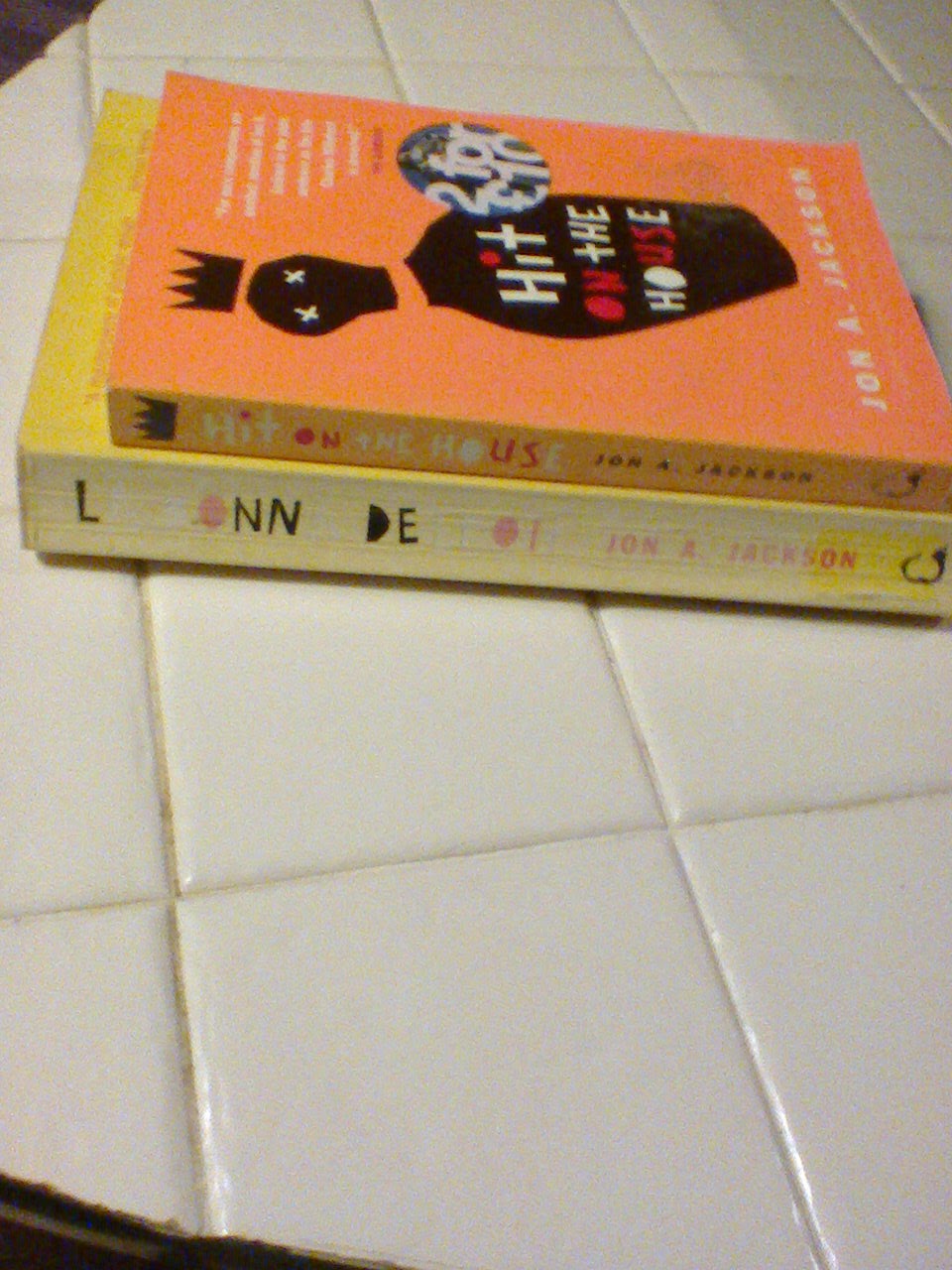 Jon A. Jackson grew up in Northern Michigan and Detroit. He appears to be a bit of a jazz aficionado and co-hosts a show on Montana Public Radio, though I’m insure how up-to-date his website is. In his biography piece on his site, he kinds of marks episodes in his life by the vehicle he was driving at the time. Must be a Detroit thing! 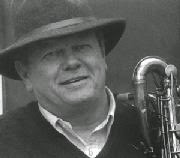 The full list of Mulheisen books (courtesy of Fantastic Fiction) is as follows: 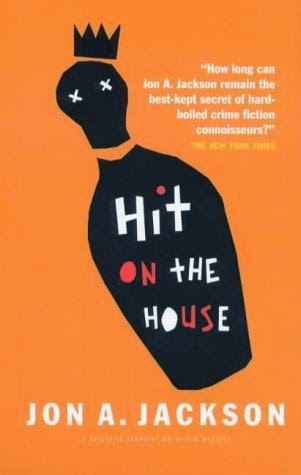 Hit on the House

Whether working alone or with his sometime colleague Grootka, Mulheisen takes on the violent cases that lie in the darkest heart of urban Detroit. Mulheisen is investigating a string of mob slayings, when a former schoolmate comes back into the picture--along with her wretched, inexplicable little husband. And Mulheisen thinks they're somehow connected to the killings. 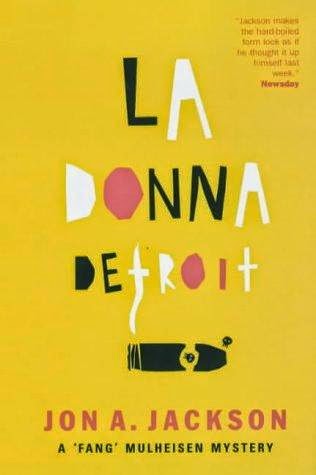 Mob princess Helen Sedlacek was last seen heading west with millions in Mafia cash and the scalp of its godfather. Her successor wasted no time in hunting her down. Now he has welcomed her back into
the fold and offered her a reconciliation.
Posted by col2910 at 01:00