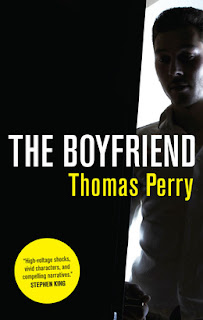 Jack Till, who has retired from the LAPD after a respected career as a homicide detective, now works as a private investigator, comfortable chasing down routine cases while visiting his 24-year-old daughter, Holly, who has Down Syndrome. But when the parents of a recently murdered young girl, about Holly's age, ask for his help when the police come up empty, Till reluctantly takes the case.

It was discovered after her death that the victim had been working as a high-class prostitute, and the police are content to assume she was killed by a client, common in such a dangerous line of work. Yet as Till digs deeper, he realizes that the victim is just one of several young female escorts killed in different cities in the exact same way - all had strawberry blonde hair, and all were shot with a 9mm handgun in the sanctity of their apartments.

Till must find his way around the tawdry and secretive online escort business, and decode ads placed by young women who all use false names, sometimes advertise using other women's pictures, and move from city to city every few months. Yet when Till is finally able to catch up with the killer, he finds that the man he's after is far more dangerous and volatile than he ever could have imagined. As the body count rises, Till must risk his life to find this seductive and ruthless killer whose murderous spree masks a far deadlier agenda.

Thomas Perry has authored 20-odd books during his career so far including The Butcher’s Boy, one of my favourite books in the genre. I have read maybe 3 or 4 of his and at some point in my reading hope to catch up with a lot more of his stuff.  I think he is currently writing books in continuation of a Clive Cussler series character, an author I have never tried.

His latest, The Boyfriend didn’t disappoint. His investigator, Till was interesting and sympathetic, though could perhaps have done with a couple of minor flaws in order to appear more “real.” Maybe spitting on the sidewalk or swearing at an old lady who cut him up in traffic, would have made him that bit more rounded and human, and to me in some perverse way more likeable and more sympathetic. (I’m not advocating
swearing at old ladies here!)

The plot was interesting and the book read fast as Till pursued “the boyfriend” from city to city, always one step behind. How he figured out and tried to anticipate the killer’s next move was plausible, as were the killer’s steps to avoid and outwit him.

I borrowed my book from my local library.

I’m away for a few days and will respond to any comments on my return, when I get caught up. Don’t want anyone to think I’m being rude! I’m off to swear at a few people in the traffic now....