A bit of old school US crime/mystery fiction with a couple from John D. MacDonald. 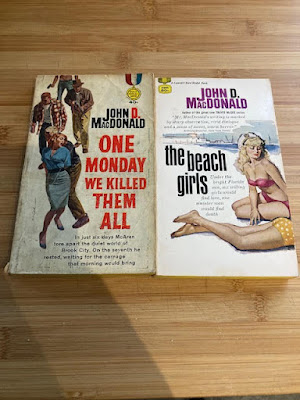 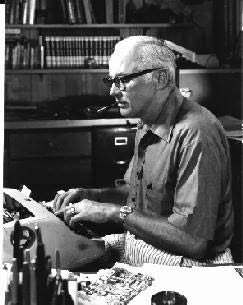 John D MacDonald might be best known as the author of the 21 book long series featuring Travis McGee. Or maybe not. He wrote another 40-50 standalone books and have crossed paths with some aficionados of his work online, they hold some of these books in higher esteem than the Travis books, which are said not to have aged so well.
I've only ever read some of the McGee books and at one time was planning on ploughing through the series before getting side-tracked. I may resurrect this mission soon. I was having a good time reading them, dated or not.
1. The Deep Blue Good-Bye (1964)
2. Nightmare in Pink (1964)
3. A Purple Place for Dying (1964)
4. The Quick Red Fox (1964)
I've highlighted a couple of other MacDonald books, back in 2015 and I still haven't read them. 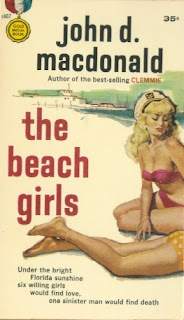 SURE, LEO RICE WAS A NICE GUY

But why did he choose our beach? He could have gone ten miles up the strip and all of us could have lived happily ever after - with no questions asked.

But Leo Rice did ask questions and now it seemed to us that we were dirty. That our drinking, our love-making and our forgotten pasts were evil.

We had told ourselves that we were modern, free women until Leo Rice came along.

Until the twisted emotions and buried hatreds ended in brutal murder. ARCHITECT OF EVIL
Step by step, Dwight McAran built a wall of vicious hate around himself.
It was easy. He was a man who could slap one woman to death because she loved him, and hum a love song to another while he raped her.
Sure, he did some time in jail. He sat in a cell and simmered for five long years until his hate hardened to a core of white-hot evil, a core of stark, steaming evil designed to explode in a fury of vengeance.
Revenge was all he craved - and a plan was what he had - a plan just crazy enough to work.... 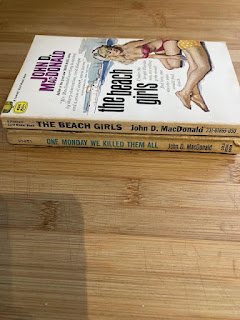